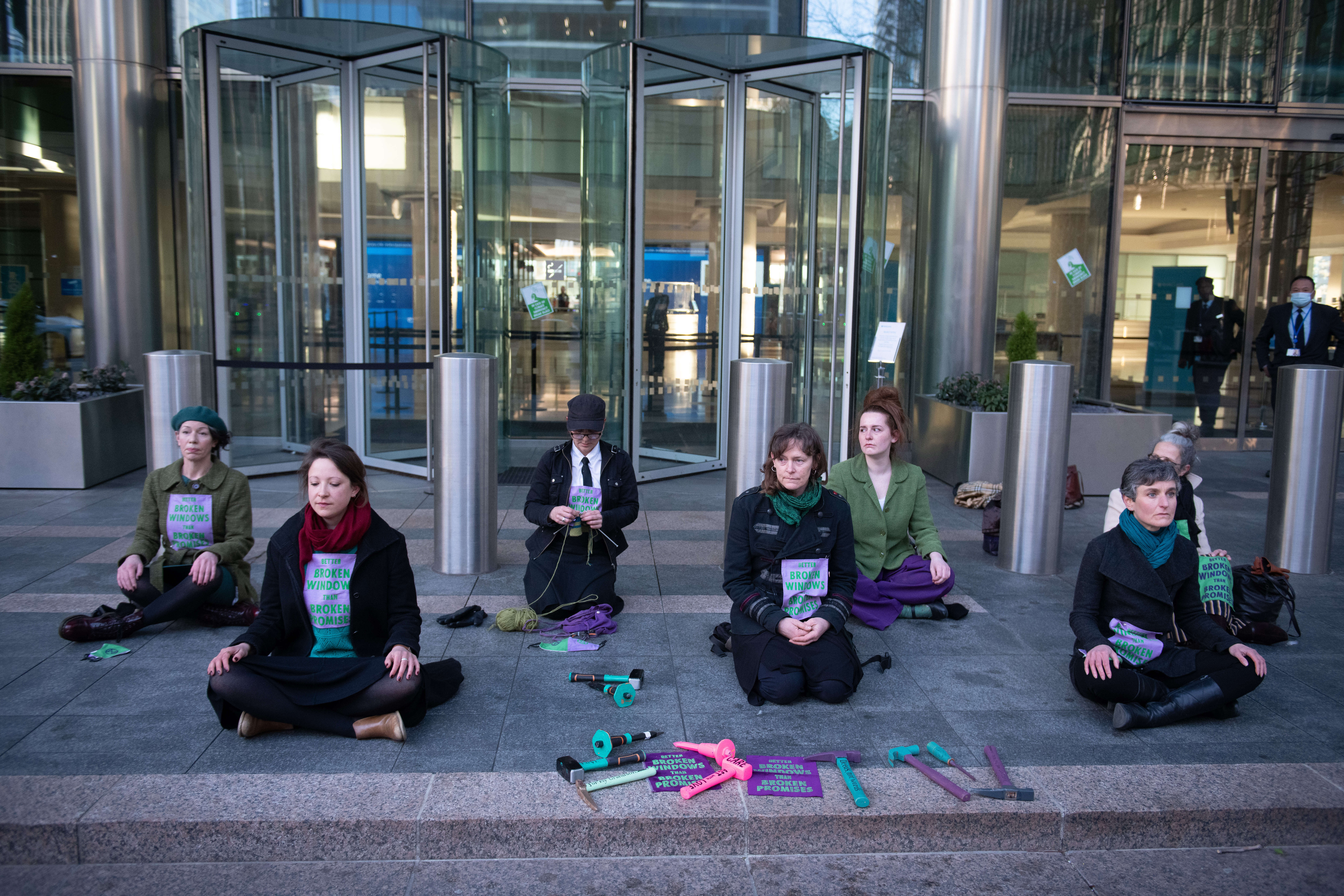 Seven women charged with just over £114k worth of criminal damage at Barclays HQ in Canary Wharf in April 2021 are due to appear at Southwark Crown Court for a jury trial beginning at 2pm on Tuesday November 22nd. If found guilty the women face potential sentences of up to four years in prison. There are currently thirty-one climate activists in prison in the UK.

This is the eighth Extinction Rebellion case to be heard in a Crown Court, and the first of six upcoming trials for women’s window breaking actions. [1] Of the seven Extinction Rebellion jury trials that have taken place to date, three have resulted in a not guilty verdict. In April 2021, a jury returned a perverse verdict, finding the ‘Shell 7’ not guilty despite the judge advising that five of the defendants had no defense under the law. In the case of the ‘DLR 3’, whose trial took place in December 2019, the jury found them guilty “with regret”. [2]

The women are on trial for an action that took place at 7am on April 7th 2021, during which they cracked the glass in six of the windows of Barclays HQ in Canary Wharf, London. The women wore patches reading ‘better broken windows than broken promises’ and placed stickers on the windows of the bank reading ‘in case of climate emergency break glass’ before cracking the glass using hammers and chisels. [3]

All seven women who took part in the action pleaded ‘not guilty’. The trial has been scheduled to run for two weeks, with five of the women self-representing in court:

Solicitor Raj Chada at Hodge Jones and Allen, the firm representing two of the seven women, and Extinction Rebellion Co-founder, Dr Gail Bradbrook, will be available for interview.