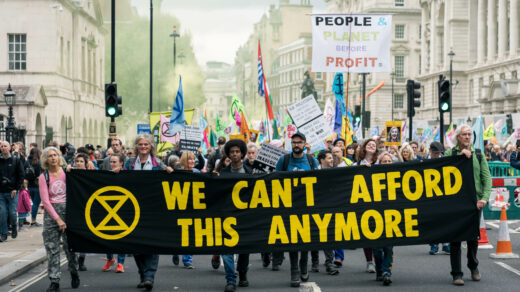 The Public Order Bill is the work of a government that needs more graft. By suppressing the voices of scientists and everyday people that make up the climate movement the government has chosen to try and make the problem go away. But they’re playing a losing game. 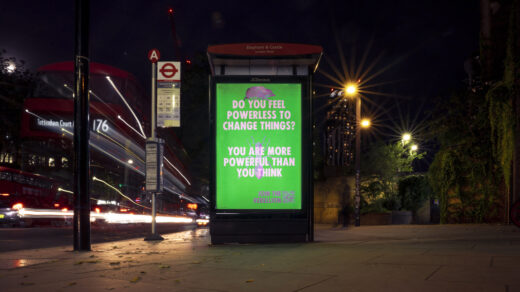 Extinction Rebellion ‘Cover the Capital’ and replace 10,000 adverts in London

On Saturday evening, hundreds of members of Extinction Rebellion replaced thousands of adverts around London, covering trains and bus stops with posters inviting the public to step up and demand government action on the climate and ecological emergency.

‘Letters To Our Children’, a powerful and emotional new five minute video from Extinction Rebellion Families shows parents' confessions of fear and hope to their children as the climate and ecological crisis intensifies. The mobile pop-up screening taking place on Saturday 15th October will stop at several locations along the Southbank, starting at dusk at the Tate Modern and ending next to the iconic London Eye. 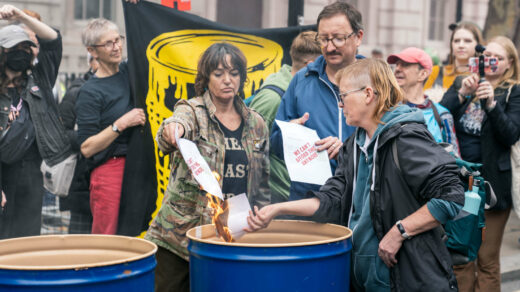 BREAKING: Energy bills burned outside Downing Street as Extinction Rebellion brings thousands onto the streets to say ‘We can’t afford this anymore’

At 2pm this afternoon, several people burnt household energy bills in giant ‘oil’ barrels at the entrance to No. 10 Downing Street. Thousands had gathered at Trafalgar Square at noon and marched to the home of the Prime Minister where they will block Whitehall until 6pm. People blocked the roads with banners that said ‘WE CAN’T AFFORD THIS ANYMORE’ and ‘ANTI GROWTH COALITION’ in reference to Liz Truss’s Conservative Party conference speech last week, as the Prime Minister herself gave an emergency press conference a short distance away. 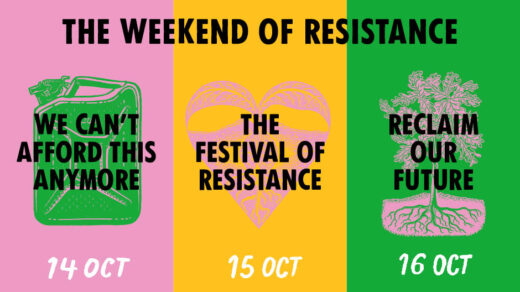 WE CAN’T AFFORD THIS ANYMORE: Extinction Rebellion to hold weekend of resistance in London on October 14-16

Extinction Rebellion’s Weekend of Resistance will commence from October 14-16 in central London. Thousands will come together in London for a long weekend of mass participation action, an open house event at the Tate Modern, a mass subvertising campaign and much more. Extinction Rebellion is working on a plan that sees the movement growing in numbers and building momentum towards 100k people on the streets in Spring 2023. October 14-16 will be the next step in that journey 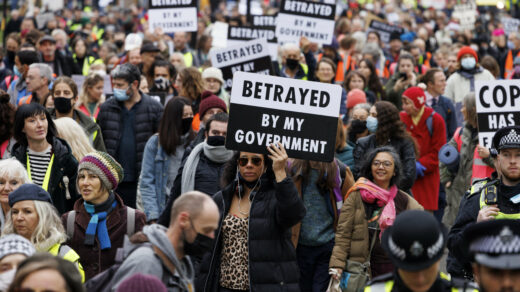 Statement on UK Government mini-budget: The government just declared war on life itself

Yesterday’s budget from this new, unelected government amounts to a declaration of war on life itself. And like many, we’re angry. 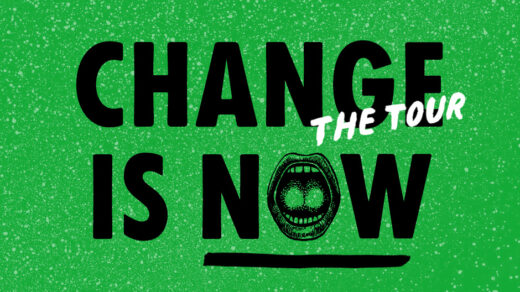 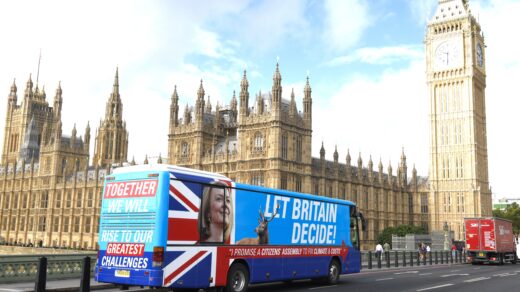 Today a campaign bus with the words ‘LET BRITAIN DECIDE: I promise a Citizens’ Assembly on Climate & Costs’ toured around iconic locations in Westminster to launch a new campaign for the new Prime Minister, Liz Truss. 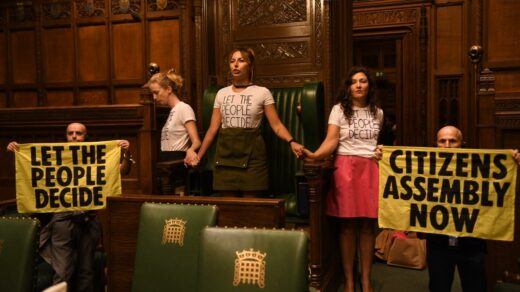 ‘We can’t afford this anymore’: Extinction Rebellion takes action inside Parliament to demand a Citizens’ Assembly

Just before noon on September 2nd, a group of around fifty people took nonviolent action at the House of Commons to kick off the first phase of Extinction Rebellion’s September plans. The Parliament action began with four people, who had booked on an official tour of the building, gluing themselves in a chain around the Speaker’s Chair inside the Parliamentary Chamber. 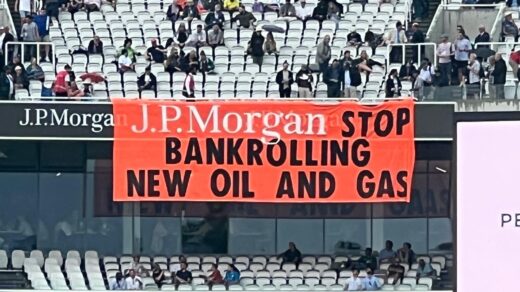 At 2:30 pm on Wednesday August 17th two doctors unfurled a huge banner at Lords Cricket ground, during the first day of the Test Match between England and South Africa, reading ‘JP Morgan: Stop Bankrolling New Oil and Gas’. The banner drop was the 5th major protest in the last 12 months by Doctors for Extinction Rebellion against JP Morgan Chase - the biggest financier of fossil fuels in the world, and the principal sponsor of Lord’s cricket ground. 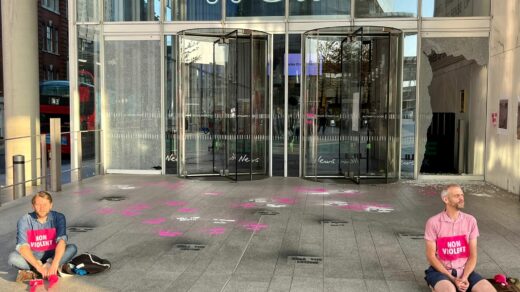 At 6:30am this morning, 2 people from Extinction Rebellion carefully cracked 2 windows at the entrance of the News UK building at London Bridge. At the same time, 4 others - including 1 scientist - chalk sprayed “TELL THE TRUTH” and “40 DEGREES = DEATH” on the front of the building, and pasted recent copies of The Sun headlines about the heatwave onto windows. Special care was taken to ensure no one was hurt when the windows were cracked. 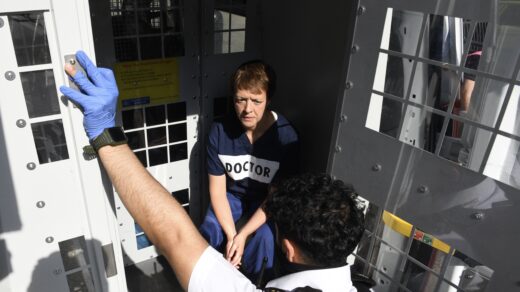 At around 10pm last night six healthcare professionals were released under investigation from Fresh Wharf Custody Base in Barking where they had been held since Sunday morning. The group from Doctors for XR included two GPs, a child and adolescent mental health specialist, a gynecologist, a consultant psychiatrist and a dementia nurse. They were held in police custody after carefully cracking eight panes of glass at financial services giant and investment bank JP Morgan’s offices in Canary Wharf at 10 am on Sunday July 17th.