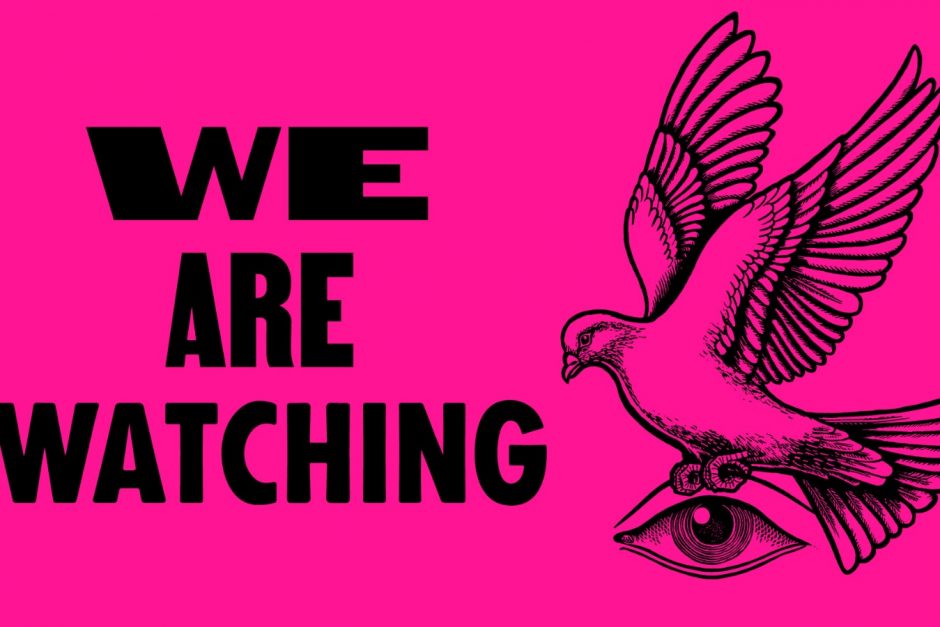 According to YouGov poll, UK public think we do not have a free press

We always knew parts of the media liked to play dirty, but wow! This has been quite a week.

Extinction Rebellion has been accused of an “assault on the free press” for our action at the Broxbourne, Glasgow and Knowsley printworks on Friday. But how free is our “free press”? We decided to ask the UK public.

According to a YouGov Poll made up of more 1600 people and commissioned by Extinction Rebellion:

Well, that’s quite telling isn’t it?

Instead of engaging in this conversation that we’ve initiated, column inches about Extinction Rebellion and our “assault on the free press” have been piling up. We’ve seen personal attacks on our furniture, fabricated stories about divisions within the movement, attempts to paint us as ISIS supporters and fascists, efforts to get our funders to disown us and other activists to denounce us, scheduled stories about us dropped, and a bizarre attempt to blame us for a 95 year-old granny falling over in search of her absent morning paper.

The apparent “free press” is coming for us with every dirty trick in the play book and it’s getting ugly out there. These are divide and rule tactics playing out in real time.

To those publications taking part in this tirade, we are watching you. If you keep hammering us, we will be challenging you. We will hold you to the IPSO code and the laws on libel. Our lawyers at Bindmans are standing by.

Here’s a sneak peak at just a handful of vitriol we’ve seen so far:

I mean, we shouldn’t be surprised by the response. We knew this was coming. Let’s face it, we set out to do something no one has dared to do – we’ve taken on the climate sceptical media and exposed something truly rotten – the divide and rule tactics these corporations use to protect themselves.

So this is how the “free press” really operates in this country! Our media and political elite have been doing a sterling job falling over themselves to prove our point.

“The corporate press, in the end, is in the business of entertainment and accumulating profits. It reports only enough on the environmental crisis to maintain credibility, while steadfastly refusing to impart to readers or viewers the magnitude of the catastrophe before us or the complicity of governments and corporations in orchestrating our looming extinction.

“That the press should turn on Extinction Rebellion when the group calls out the press for its collaboration with the ruling elites is not surprising. The mainstream press exists, in many ways, to set the acceptable moral parameters and banish and discredit truth tellers and dissidents. The commercial press is part of the ruling establishment, and thus part of the problem.”

“The billionaire press hacked phones, blackmails politicians, cheers the far right and swings elections. A small group of people interrupted part of its distribution for a few hours. They are impugned as a threat to freedom and democracy. I think we have this the wrong way round.”

“The role of a free press is to speak truth to power. But from the reaction from certain parts of the media to our action last Friday, you have to ask just who is speaking the truth and who holds the power.

“We’ve seen from the Covid-19 pandemic what reporting during a crisis should look like. Rather than attacking a peaceful protest movement, our media should concentrate on properly communicating the scale of the Climate and Ecological Crisis and the catastrophic consequences for all of us if our government fails to act with the urgency required.”

It might be time for these publications to curb the tantrum and fairly engage in this conversation, stop harassing activists and prioritising climate scepticism, and using their energy to prove how serious they are about climate reporting.

So, to the newspaper editors currently assigning reporters to troll through our social media accounts and doorstep our activists, we say: How about reassigning that resource to dig into the truth about the emergency? [2] [3]

You could start with a thorough explanation of what living in a 4 degree world would look like.

You could scrutinise the government’s efforts to meet the recommendations of its own climate change committee.

If you want help reaching some brilliant climate scientists for comment then we’re here to help you. Let’s stop playing games and get serious about this emergency.

And if anyone out there has insider information about any attempts to suppress the truth about the Climate and Ecological Emergency, XR-supported whistle blowing site Truthteller.Life can help you tell the world what you know. [4]

For those reading who would like to support our efforts to free the press, you can donate to our Crowdfunder and help us continue doing what we do.

Previous statements on this subject: