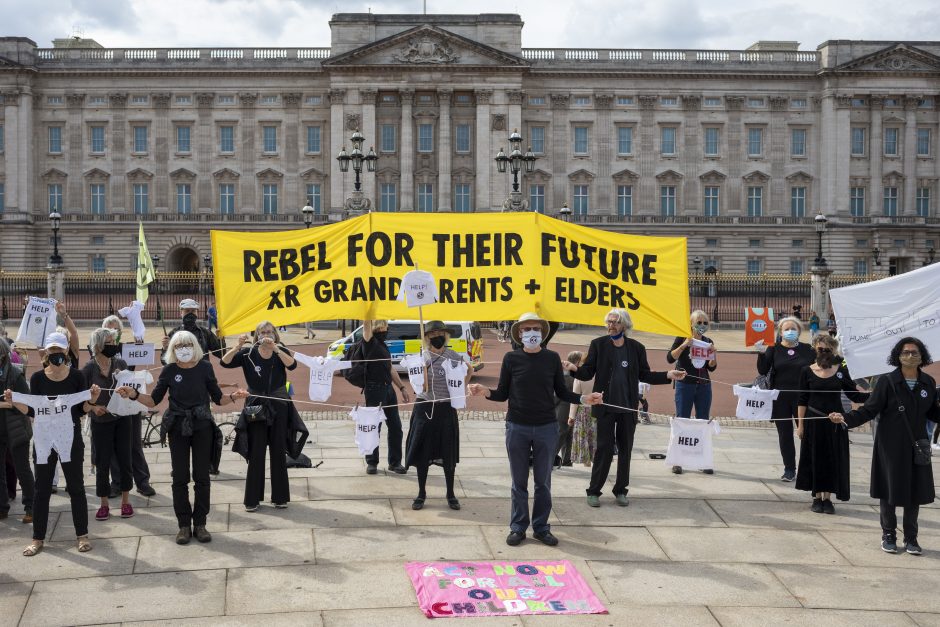 Since Extinction Rebellion closed roads around Broxbourne and Knowsley printing press on Friday night, the mainstream media, commentators and politicians have been calling for far-reaching powers to limit the right to protest. Friday’s action was designed to highlight the relationship between powerful vested interests that own our media, the fossil fuel industry and politicians. For the past 30 years there has been (and continues to be) a woeful lack of serious reporting on the climate and ecological emergency due to these interests, and a lack of understanding from reporters, to editors to senior executives, about the severity and scale of the crisis.

In the wake of Extinction Rebellion’s actions the government is attempting to push through anti-democratic and authoritarian policies to inhibit peaceful protest.

“The Government’s mad idea of making Extinction Rebellion a criminal group will make criminals of most people who care about the future of our planet and the future of all of us.  Our Government is becoming more and more Stalinist.

Spine-chilling if Boris Johnson believes Extinction Rebellion should be classed as terrorists or Organised Crime Groups. Those are actually subversions of the intentions of those laws.  They’ve not attacked free press, they’ve targeted a company whose former CEO/owner James Murdoch is concerned about their reporting. If Extinction Rebellion break the law, enforce it, don’t change it.

““They are protesters and activists in the tradition of the suffragettes. We do not want to move into an era when people’s freedoms are being clamped down on. […] The same tactics of direct action were used by the Far Right in Dover this weekend [protesting against refugees] and the same papers complaining against the blockades were not complaining about anti-immigrant blockades […] and actually blockades in ports is potentially far more damaging to the British economy than what happened at the newspaper plant.”

A tiny number of billionaires own vast swathes of our press.  Their papers relentlessly campaign for right-wing politics, promoting the interests of the ruling class and scapegoating minorities. A free press is vital to democracy, but too much of our press isn’t free at all.”

The only people engaged in “cancel culture” right now are the right-wing Government that wants to criminalise direct action & the newspapers who choose to ignore the #ClimateEmergency threatening to cancel the planet.

Imagine a foreign government was moving to treat a peaceful protest group as organised criminals, and to reduce what it sees as excessive criticism and satire from the state broadcaster. We would correctly identify a country slipping into authoritarianism. So why can’t we here?

Our media and our government are captured by vested interests. They do not want to see change. Three companies alone own 87% of the national newspaper market with connections to the fossil fuel industry. This is why – for the last 30 years – we haven’t seen anything like the level and prioritisation of reporting that we need. These powerful vested interests are the real organised criminals. They are the true threat to our democracy. And it’s depressing – although no surprise – that so much of the political and media elite has jumped to their defence, and jumped at the opportunity to suppress people power and grassroots protest.  We will not allow them to criminalise the noble tradition of nonviolent civil disobedience.