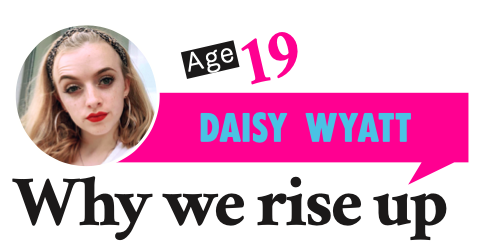 Why we rise up

We are rising up. We have been for almost a year now. It’s hard to ignore, especially now when we are reaching out on a local scale for new rebels to join us. That was what we hoped to achieve when we took to Blackheath Common in our hundreds and enjoyed the light and hope the rebellion gives us, encouraging passers-by to become enthusiastic observers, then engaged audience members and finally passionate rebels. It’s happening all over the country now.

Our message is simple: we need fast, effective action mobilising 3.5% of the population to enact real, substantial change. Disruptive actions show the public what inconvenience really looks like and what it will be like when the wheels of the Earth really come off, but it can also be alienating for some people. We invite the public in the experience that in all its glory so they too feel our love for this planet and each other.

Rebels in some countries can’t take part in peaceful actions without the full force of their police reigning down on them. This is why we need to rise up in our own country, we are lucky to be people with true power in numbers. So we rise up, we rebel, because we have the privilege and the passion to and because at this point, the whole world’s at stake.