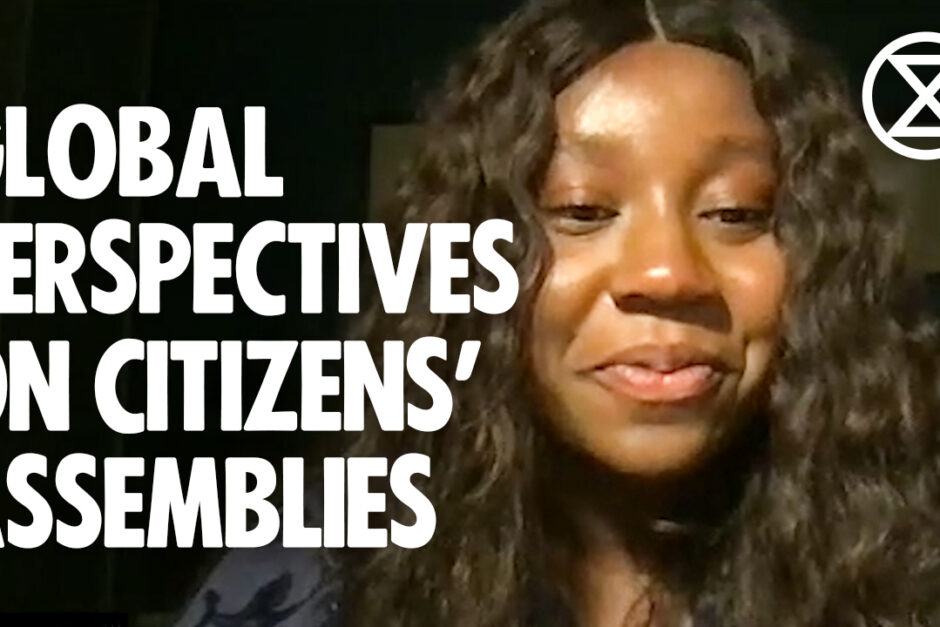 Extinction Rebellion UK took action inside Parliament earlier this month to draw attention to our Third Demand for a Citizens’ Assembly on Climate and Ecological Justice.

The citizens’ assembly model is one of Extinction Rebellion’s three demands because it’s a practical means of making tough decisions in a way that delivers fair and just outcomes, but also because deliberative democracy is transformative and combats fascism by it’s very nature.

We’ve seen in recent years, with Brexit and the election of Donald Trump in the US, how big political decisions can be used to polarise people, but when people with opposing views sit around a table together and discuss the issues the outcome is very different. The citizens’ assemblies in Ireland on abortion and gay marriage are good examples of this process in action.

Jamie Kelsey Fry has worked on the Global Assembly, was part of Occupy in London, and is a contributing editor at New Internationalist magazine.

Carne Ross is a former British diplomat who now advocates for participatory politics and works across environmental and global justice issues.

Our host Daze Aghaji is a climate activist whose work spans Extinction Rebellion and multiple other groups and campaigns for climate and social justice.