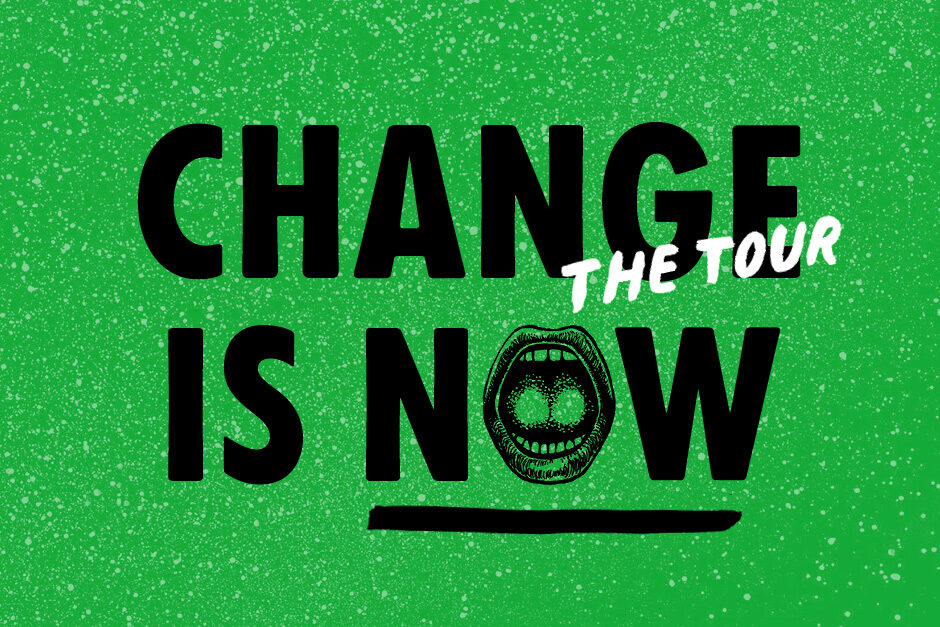 This morning, Extinction Rebellion launched their Change is Now Tour, a tour that will take rebellion, deliberative democracy and movement building right across the UK.

A fleet of rebellion buses have set off around the country to reach new people and find out where they are on their climate journey. The route will stop at more than 60 towns and cities including Bangor, Bournemouth, Dublin, Cardiff, Manchester, Bristol, Inverness, Carlisle, Durham and many more. Along the way the crew will hold People’s Assemblies in several locations to bring people together and showcase the power of deliberative democracy and the need for a Citizens’ Assembly to tackle the climate and ecological emergency.

Find out the routes of the 3 buses here.

During the People’s Assemblies, we will invite people to discuss the question, “How might we respond to the crisis we face together?” The aim is to encourage people to share knowledge and experience of taking action together to create change, as well as consider community-based solutions to the climate, ecological and cost of living crises and discuss how they intersect.

The tour will run from today until at least October 13th, after which we will invite people to come to London to take collective action together on October 14th.

A spokesperson for the Change is Now Tour, said: “Our political systems are out of date, out of touch and can’t cope with the crises we face, focused on divisive debates rather than coming together to solve real problems. It is clear that the collective intelligence and common sense of ordinary people can help us to face the real world far better than our lobbied, biased, corrupt politicians.

“Extinction Rebellion has always been willing to stake our faith in the integrity of everyday people over politicians. That’s why we demand a Citizens’ Assembly on Climate and Ecological Justice.”

As the rebellion tours the country, the aim is to sign people up to come out on the streets on 21st April 2023 for ‘The Big One’. With the launch of the buses, Extinction Rebellion also officially launched plans to bring 100,000 people out onto the streets to take prolonged action together in Spring next year. Politics as usual will do anything to avoid facing up to the reality of the climate and ecological crisis, so without large numbers out on the streets our demands will be ignored. We believe now more than ever that a mass movement of 3.5% of the population is needed to bring about radical change.

As the climate and ecological emergency becomes ever more urgent, that means it’s time to slow down and listen to each other. Travelling the UK and hearing from ordinary people about the need to upgrade politics and the power of deliberative democracy is vital. We need an independent democratic process by which ordinary people sit around the table, learn, listen and overcome their differences to make the decisions we so badly need.

The Change Is Now Tour will embody this. At Extinction Rebellion, we believe in walking the walk as well as talking the talk, and that’s why we believe this tour is crucial to understanding where the country is at on their climate journey. While we travel across the country we will make space to listen to each other, and come together in communities to be empowered to act.

The 3 routes can be found on the map below:

What is a citizens’ assembly?

Find out more from the Citizens’ Assembly Working Group at XR UK – the basics on citizens’ assemblies, why we are calling for one, and what the differences are between people’s and citizens’ assemblies. You can also visit the Frequently Asked Questions page.