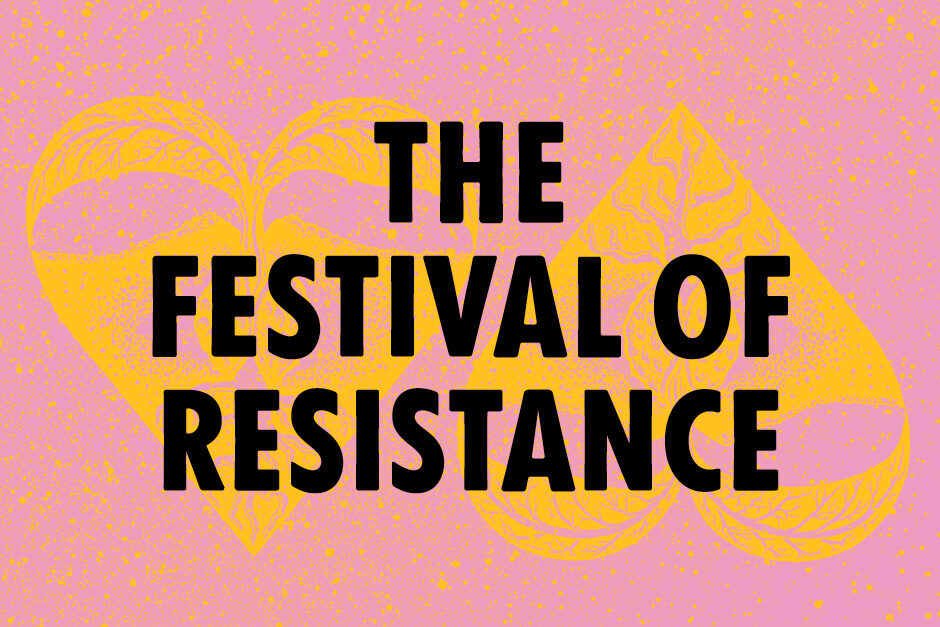 Due to the news about the passing of Queen Elizabeth, the Rebellion Planning team, and other groups involved, have made the difficult decision to postpone the Festival of Resistance this weekend in London until further notice. Read the full statement.

Are you sick of watching politicians scoring points off each other rather than dealing with the tsunami of crises we face – climate, health, energy, inflation & social care?

Join us this weekend in Hyde Park! Exact location can be found here. Come and hear inspiring speakers, great bands, poetry and panel discussions, and find out more about how citizen engagement can make our politics fairer and more just.

15.30: Mikeala Loach – Loach is a medical student at the University of Edinburgh who uses her Instagram platform of over 100,000 to work towards making the climate movement more inclusive, focusing on the intersections of the climate crisis with human rights issues such as white supremacy and maltreatment of migrants.

Alongside Jo Becker,  Loach is the co-producer, writer and presenter of the YIKES podcast which explores climate change, human rights and social justice.

15.50: Asad Rehman – Is a campaigner for climate, racial, economic and social justice. He is the executive director of War on Want, where he organises to put an end to poverty and injustice. Prior, he was the head of international climate at Friends of the Earth. Rehman has over 25 years of experience in the non-government and charity sector. He has served on boards of Amnesty International UK, Friends of the Earth International, Global Justice Now, and Newham Monitoring Project.

17.50: Sam Lee – Sam Lee plays a unique role in the British music scene. A highly inventive and original singer, folk song interpreter, passionate conservationist, song collector and successful creator of live events. Alongside his organisation, The Nest Collective, Sam has shaken up the music scene breaking boundaries between folk and contemporary music and the assumed places and ways folksong is appreciated. Sam’s helped develop its ecosystem inviting in a new listenership interrogating what the messages in these old songs hold for us today.

18.20: She Drew The Gun – She Drew the Gun are a band from Wirrel, England, fronted by singer/songwriter Louisa Roach. They won the Glastonbury Festival Emerging Talent competition in 2016. Their music is described as Psychedelic Pop and is known for its often political lyrics.

12.00: Femi Oluwole – Femi Oluwole is a British political activist and co-founder of the pro-European Union advocacy group Our Future Our Choice. Oluwole regularly appeared in the media during the process of the United Kingdom’s exit from the European Union and has written for The Independent, The Guardian and The Metro. He has also appeared as an activist and commentator on British television.

18.00: Ben Okri – Ben Okri is a poet, novelist, short story writer, essayist, aphorist, playwright, and writer of film-scripts. His writing challenges perceptions of reality. He is also a cultural activist. Okri is considered one of the foremost African authors in the post-modern and post-colonial traditions, and has been compared favourably to authors such as Salman Rushdie and Gabriel García Márquez. In 1991, Okri won the Booker Prize with his novel The Famished Road. He has also received many honorary doctorates for his contribution to Literature. Recently, his Grenfell poem, on Channel Four YouTube, has received more than 6million visits on Facebook.

13.00: Transglobal Underground – Transglobal Underground is an electro-world music group, specialising in a fusion of western, Asian and African music styles (sometimes labelled world fusion and ethno techno). Their first four albums featured Natacha Atlas as lead singer, and their single “Temple Head” was used in a Coca-Cola Advertising campaign for the 1996 Olympic Games. In 2008 they won the BBC Radio 3 Award for World Music after the release of their seventh official album, Moonshout. Their most recent release is 2020’s Walls Have Ears, marking Atlas’ return as a guest with the group. Their work has been described as “a collision of tradition and innovation.

15.30: Squid – Squid is an English post-punk band from Brighton. Consisting of lead singer and drummer Ollie Judge, guitarists Louis Borlase and Anton Pearson, bassist Laurie Nankivell and keyboardist Arthur Leadbetter, they are currently based in Bristol.Squid released their debut EP Town Centre in 2019 on Speedy Wunderground and have since released four singles on Warp Records. Taking advantage of lockdown, the band spent most of 2020 recording what would be their debut full length album, Bright Green Fields, which received widespread critical acclaim and debuted at No. 4 on the Uk Album Chart. Squid appeared at the Glastonbury Festival in June 2022 and appeared at the Rock en Seine festival in August 2022.