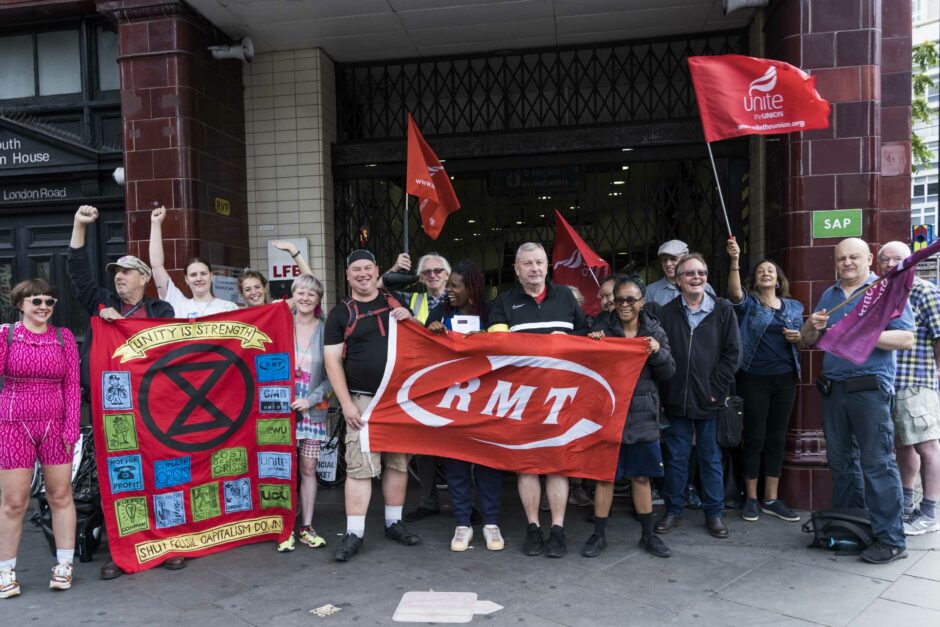 The cost of living crisis is escalating week on week, the movement to refuse to pay energy bills is gaining momentum and workers from an increasing range of industries are voting to take strike action for livable wages and secure jobs. Railway and tube staff, bus drivers, communications workers, warehouse workers and postal workers are among those striking or staging protests in recent weeks.

At the same time the UK just recorded it’s hottest ever temperature and Extinction Rebellion is seeing a spike in interest from people who have decided now is the time to step-up and take action – over 1000 people registered for our last Open Call and the ‘Welcome to XR’ sessions have seen a significant increase in attendees.

In this context we need to speak clearly about the common interests of striking workers and the environmental movement.

As a movement XR UK seeks to stand in solidarity with workers striking for livable wages and secure jobs.

The current surge in strike action takes place in the context of what is commonly referred to as a ‘cost of living crisis’ but which should perhaps be called a ‘cost of living scandal’. As significant numbers struggle to afford their energy bills, and vulnerable people, the elderly and families with young children face a very real choice between heating and eating, record profits are being published by energy companies. The world’s five biggest energy companies had combined profits of just under £50bn up to August this year, with BP bringing in just under £14bn and Shell just over £20bn.
The same government whose plan to tackle the climate crisis was recently found to be criminally inadequate, pours billions of taxpayers’ money into the fossil fuel industry each year, and has presided over a decline in conditions and real terms pay for people in many of the industries we rely on for our health, wellbeing, education and the basic infrastructure of our society.

Remember when the home secretary called the thousands of people who make up XR UK ‘organised criminals’? Well now the government is trying to criminalise striking workers too.

By voting to allow agency workers to cover for striking staff, the Government are undermining legal strike action. By changing the conditions the government will see new forms of protest emerging, like the Don’t Pay campaign which is gaining momentum.

In the same vein, over the last two years the British Government has sought to undermine the right to protest in the UK by using the PCSC Act and the forthcoming Public Order Bill to place conditions on protests in order to render them ineffective.
Extinction Rebellion and striking workers are both regularly charged in the media with ‘stopping ordinary people getting to work’ but it’s becoming increasingly clear that the public support is far greater than the media coverage might lead us to believe. At the end of June pollsters Opinium found 45 per cent of the public now say they support RMT strikes, with just 37 per cent opposed. Recent climate polling by Ipsos found that 8 out of 10 people in the UK are concerned about the climate crisis and over 50 percent think government plans are inadequate. 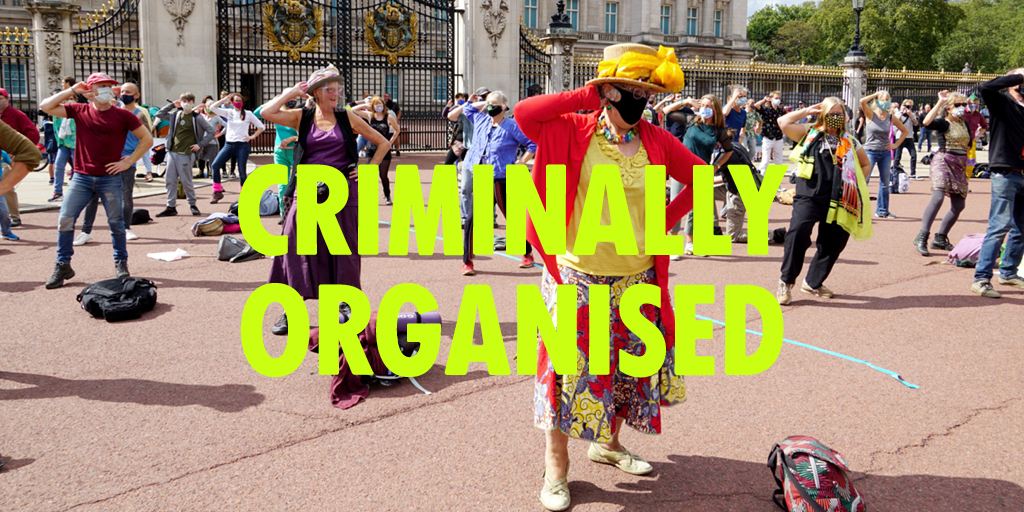 The fight for fairness

By criminalising strike action and protest at this critical historical moment, the UK Government is helping workers and the environmental movement to understand our common interests.

Historically, industry workers and the climate movement have been cast as opponents in an apparent battle over secure jobs vs. emissions reductions. But this does not have to be the case. In some instances unions back the expansion of the oil and gas industry, but ultimately the ‘cost of living crisis’ and the ‘climate crisis’ have the same roots and this is increasingly widely understood. This is about lives, livelihoods, health, wellbeing and fairness. If we see our cause as the fight for a future with fairness and care for everyone’s interests at its heart then it is clear that we are on the same side.

And it’s not just the environmental movement making these links, spokespeople for the strikes are speaking up on the climate and ecological crisis too. Even aviation workers are challenging their industry to conform with climate science and reject dangerous growth. They’re advocating for trade unions to perform Workers’ Assemblies. We know from our own commitment in Extinction Rebellion to deliberative democracy that better outcomes come from dialogue between people with different experiences and perspectives, we know that we are stronger together.

Though our modes of protest vary between strikes and civil disobedience, we also have mass participation and non-violent tactics in common. Civil disobedience is at the core of Extinction Rebellion’s approach to creating change but we also know that our actions are strongest in the context of many groups each playing to their strengths, knowing that ultimately our interests are the same.
Extinction Rebellion Trade Unionists (XRTU) supported Unite the Union members striking on the picket line at Fawley Oil Refinery and ASLEF train workers on the picket line in central Bristol.