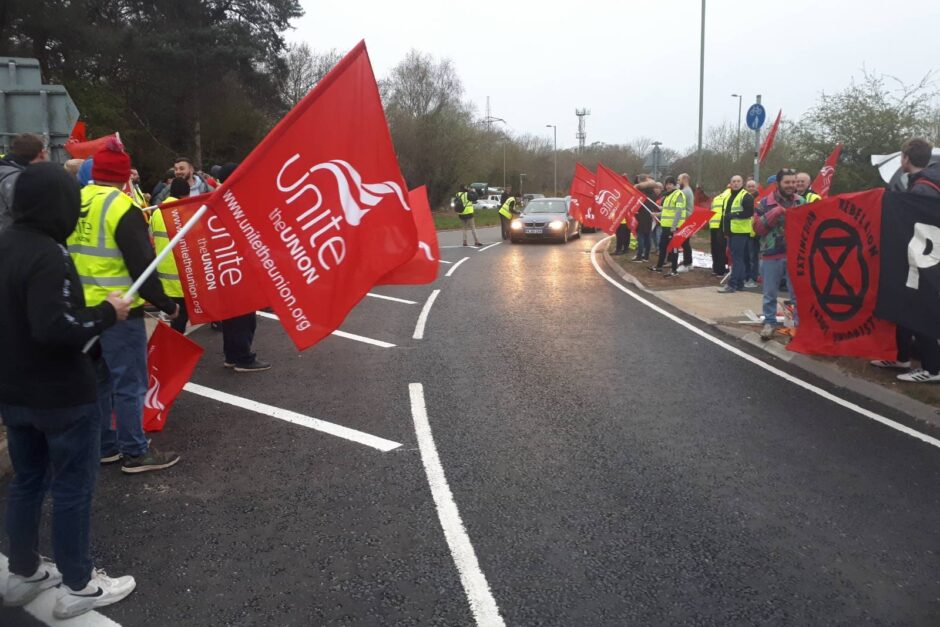 Extinction Rebellion UK stands in solidarity with the 100 or more workers at Fawley Oil Refinery who will be taking strike action on 8th April. The strike is in response to the offer of a “pathetic” 2.5 per cent pay offer and a lack of company sick pay, despite Exxon’s profits in 2021 topping an eye-watering £6.75 billion.

Exxon’s business model is not built to benefit the workers who without which, they wouldn’t be able to make record profits. XR UK recognises that Exxon’s business practices not only destroy the planet but oppress and marginalize the workers that enable their activities. They choose to underpay workers and maintain the fossil fuel economy, rather than seeking to facilitate a just transition, which our own Office for Budget Responsibility says is affordable and would create thousands of jobs and save billions of pounds for the UK public.

On the 8th April members of XR Trade Unionists will visit the workers on their picket line in order to show support and solidarity.

The dots are being joined for us all in the current context, from the wars fuelled by fossil fuel money, the exacerbating inequalities in the cost of living crisis, and energy companies shamelessly making record profits from the plight of the ordinary person and leaving workers behind. It is now clear in the UK that we’re being ripped off, our future is being burned, sold, decimated and all the while companies and the government sit back and support corporate interest over people’s live and livelihoods. Enough of the lies, deceit and deadly political failure.

Unite workers are taking disruptive nonviolent action just as we are, and we wish them luck in their endeavors.