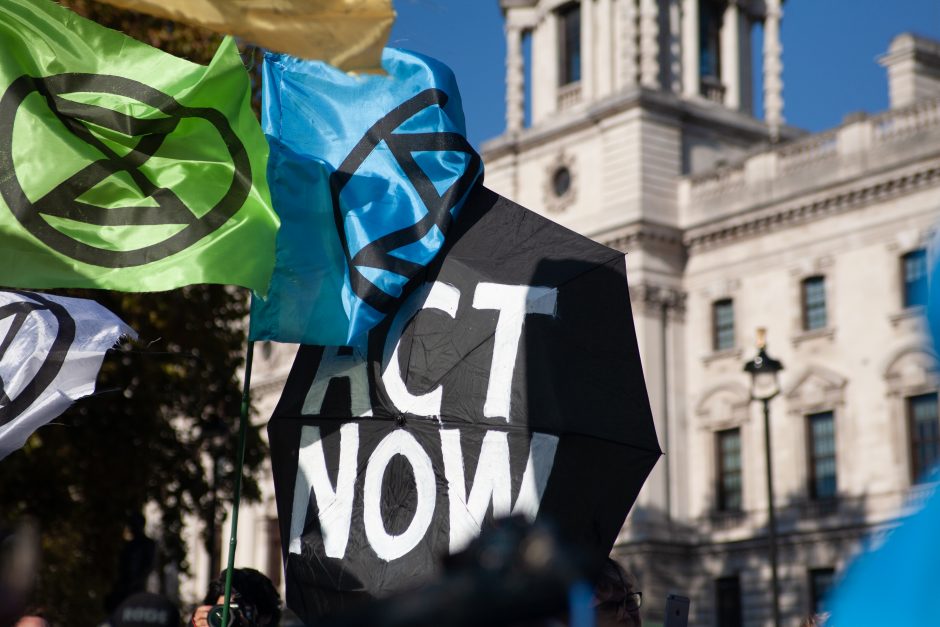 XR to the Director of Public Prosecutions: Time to put right your mistakes

This morning, the Crown Prosecution Service dropped its objection to four appeals by Extinction Rebellion protesters being heard at the Old Bailey. This follows a further four appeals that were allowed last week in the wake of the Supreme Court’s landmark Ziegler ruling, which clarified the right to protest.

The Ziegler ruling, its recent application by judges in the magistrates courts and now at the Old Bailey, and the CPS’s response, just confirm what we have always said: that we are exercising our legal, democratic right to protest peacefully.

Around 2,500 people have been prosecuted since the April Rebellion in 2019. Potentially hundreds if not thousands of the resulting convictions could be unsafe. It is the responsibility of the Crown Prosecution Service to reassess all past and ongoing prosecutions in the light of the Ziegler ruling and to correct any miscarriages of justice.

Extinction Rebellion’s lawyers have now written to the Director of Public Prosecutions, Max Hill, requesting confirmation that this process is underway. They are also asking for clarification that the CPS will be applying the Ziegler ruling in all future decisions to prosecute.

Extinction Rebellion suspects that the costly, mass prosecution of thousands of protestors was driven by an overarching policy (rather than individual assessment on a case by case basis). This would be unlawful. We are attempting to find out if this is the case and, if so, who was behind it.

On Monday, the IPCC presented a terrifying picture of what we can expect if we don’t usher in immediate, radical change to our political economy, end our dependence on fossil fuels and start to heal the planet.

On 23rd August, Extinction Rebellion will be back out on the streets to demand that change – and in the first instance, an immediate halt to all new fossil fuel investment. We invite anyone reeling from Monday’s devastating news, and left wondering what possible effective action they can take, to join us in peaceful, mass civil disobedience.

Boris Johnson claims to know what is needed to halt the most catastrophic consequences of climate breakdown, but shows no signs of implementing it. We will continue to make our voices heard until our government starts to match its rhetoric with action.

The full text of the letter to Director of Public Prosecutions, Max Hill from Extinction Rebellion’s lawyers

As lawyers representing the hundreds of Extinction Rebellion activists arrested and prosecuted for peaceful protests, we welcomed the Supreme Court’s recent judgement in the Ziegler case ([June 2021] UKSC 23).

As you will be aware, the Ziegler ruling confirmed that the police, prosecutors and courts must carefully consider all the facts of each case to assess whether arrest, prosecution or conviction would be a disproportionate interference with citizens’ rights of expression and assembly where they were simply taking part in peaceful, albeit disruptive, protests. Such disproportionate interference would, of course, mean that the defendants would have a defence to criminal charges and should not have been convicted.

As a result of Ziegler, a number of appeals by Extinction Rebellion activists have been allowed at the Old Bailey over recent days by HHJ Dennis.

In addition, last month (16 July 2001) HHJ Silas Reid at Inner London Court queried whether it was in the public interest to prosecute such cases and invited the Crown Prosecution Service to review them.

It is the responsibility of the Crown Prosecution Service to reassess all past and ongoing Extinction Rebellion prosecutions in light of Ziegler, and to correct any potential miscarriages of justice. Please can you confirm that this process is underway.

Similarly, how do you plan to apply the Ziegler ruling in all future decisions about whether to prosecute people arrested at XR protests?

In particular, please would you provide answers to the following questions.

1.       What view does the CPS now take of the correct application of the principle of proportionality under the Human Rights Convention when it comes to the imposition of restrictions on protests by the police, to arrest, to prosecution (both in terms of public interest and according to the evidential test), to conviction and to sentencing.

2.       Is the CPS looking again at its decisions to prosecute, according to whether prosecution is in the public interest, in all cases that have yet to come to trial. What is the outcome of those reviews?

3.       Similarly, is the CPS reviewing its decision to prosecute, according to whether there is sufficient evidence, in all cases that have yet to come to trial.

5.       Does the CPS take the view that the Ziegler judgement applies not only to obstruction of the highway but to all offences resulting from Extinction Rebellion actions. If there are offences to which you believe it does not apply, please will you clarify.

6.       What personal involvement have you or your private office had in decisions about these cases, including the decision to prosecute, or to impose bail, or any other aspect of prosecuting these cases?

7.       Who is the lead lawyer at the CPS responsible for Extinction Rebellion prosecutions?  Further, from a court hearing on 18 June 2020 at City of Westminster Magistrates Court we understand that any decision on whether to continue any individual case had to be referred to a Borough Prosecutor. We would be grateful if you can confirm whether the CPS adopted any special process for reviewing XR cases, whether any policy or guidance was issued by the Director of Public Prosecuions or the Borough Prosecutor or any other official.  If such policy or guidance was issued, we would be grateful for a copy to be forwarded to us, and confirmation that it will be reviewed in light of the Ziegler Judgement.

8.    Please provide comprehensive figures held by the CPS on all Extinction Rebellion cases:
(a) all past and current XR prosecutions
(b) guilty pleas and trials
(c) convictions and acquittals
(d) sentences

We look forward to hearing from you.