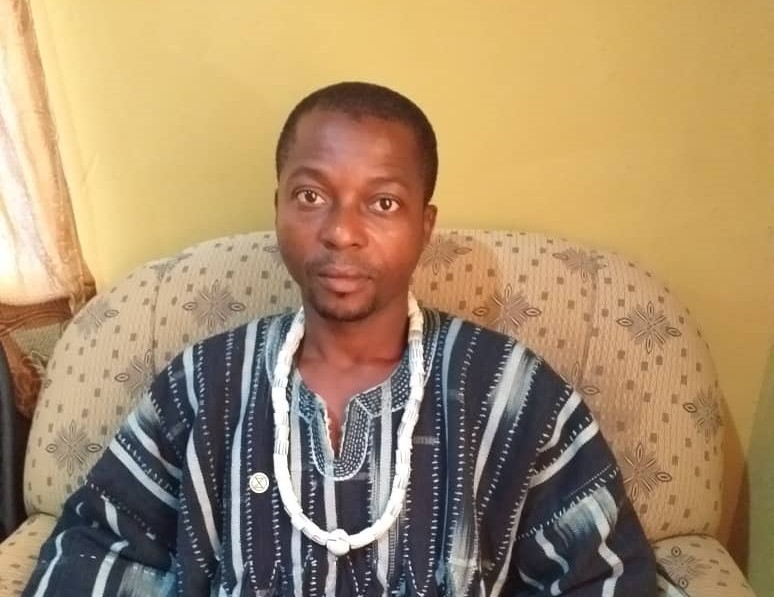 Afrikan Reparations Day: Portrait of an Activist from the Global South

To coincide with the Pan Afrikan Reparations Rebellion ‘Groundings’ taking place on Sunday 1st August in Brixton and across the Global South, we are profiling the amazing and brave work of activists from the Global South. The  movement bringing these groups together is the XR Internationalist Solidarity Network (XRISN) and their campaign is Stop the Maangamizi.

Mawuse Yao Agorkor lives in Ghana and began his life as an activist as a Gbetowo Community Defender of human, peoples’ and Mother Earth’s rights. He campaigned against the worsening impact of the colonial partition of Gbetowo territories.

Mawuse challenged the Maangamizi legacies of enslavement and colonisation. Maangamizi is a Kiswahili term for ‘Afrikan Hellacaust’ meaning the crimes of genocide and ecocide in the continuum of chattel, colonial and neocolonial forms of enslavement. The colonial legacy left the continent with hostile borders that interfere with the everyday lives of indigenous people from present-day Ghana through Togo and Benin into Nigeria. He later became coordinator of XRAAAN (XR Affinity All-Afrikan Network).

For Mawuse, the interest of the Earth and his people has always been the same: “I have always been aware, and part of, the struggle to protect our forests and rivers and oceans from exploitation and ecocide. This exploitation comes from The Global North, and especially from the United States and Great Britain. We became aware of the XR Movement that was formed only recently, and realised they are walking the same path, so it made sense to work with them.

“Our message is that the COP 26 conference is not set up to help the Global South but rather to perpetuate the racist policies that benefit white supremicists in the Global North. Through their puppet regimes, these supremacists have brought environmental disaster and climate breakdown upon us, as well as persecuting indigenous grassroots defenders of human, peoples’ and Mother Earth’s rights in Afrika.

“We will be holding our own People’s COP 26 conference – the COP 26 conference as it should be: called Ubuntupachavidya (Cultural Resistance Festivities), it will start in September and run through to November and include cultural celebrations of our people, like the Mianoseyie Festivities of the Dodoleglimeteduza in Tanyigbe and the Amuna Liwoele in Avatime.

“Among the most urgent needs is for XR to highlight Afrikan and Global South Resistance efforts in its own Rebellion activities in the Global North, and let continuity of Rebellion Co-Liberation networking extend from the 1st August PARRG through its new wave of Rebellion in the streets of London from 23rd August, through highlighting the Haiti Anti-Slavery Revolution legacies, to the November COP26 in Glasgow. We must focus upon ensuring a full stop to the funding of fossil fuel extractivist plunder of Afrika and the Global South by the British and other powers of Euro-American Imperialism!

“In Afrika, our ancestors lived in harmony with the land and sea. They took what they needed from nature and no more. That is the way of life we must return to, as much as we can, not just in the Global South but all over the world.”

For more information on the events in Brixton on 1st August

With thanks to XR Wordsmiths and Jeremy Parker.