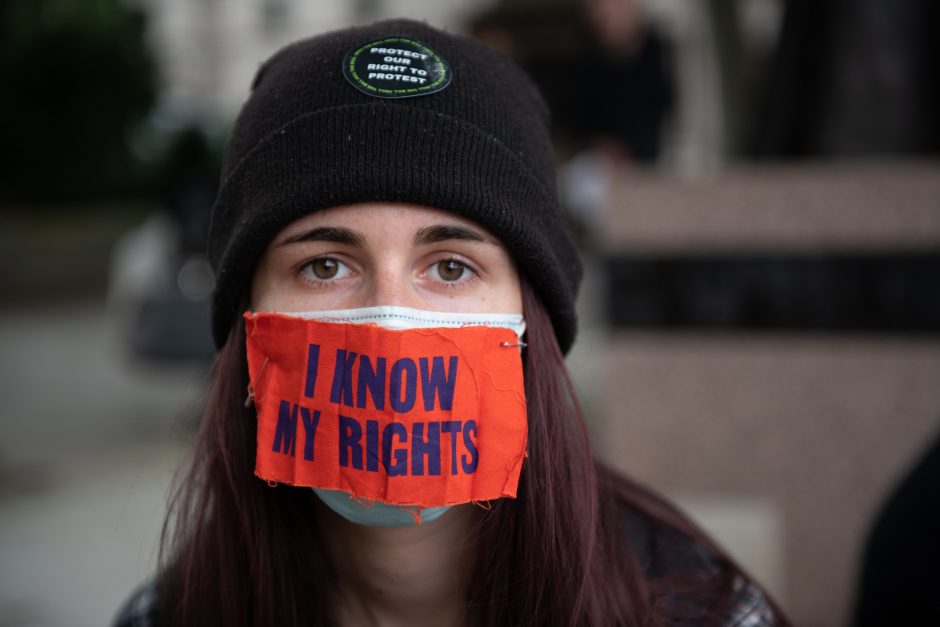 You might not have noticed that the Government’s notorious Police Crime Sentencing and Courts Bill – which aims to curb our right to protest – went through a further stage of the House of Commons on Monday because the news was all about Boris Johnson and emerging from lock down. Priti Patel has been clear that Extinction Rebellion and Black Lives Matter are the targets of the legislation.

Mr Alistair Carmichael, MP for Orkney and Shetland, said in Parliament: “I remain of the view that the provisions will be ineffective and have a chilling effect. I do not believe for one second that if the Bill becomes law, Extinction Rebellion will look at it and say: ‘Oh Well we can’t possibly go out and protest on the streets of the capital. We’d better just go home and email our Members of Parliament.’ ”

The third reading of Priti Patel’s draconian PSCS bill was easily passed by 100 votes (365 to 265). The voting was along party lines with Labour and the Lib-Dems opposing. The next stage will be the House of Lords in September before it returns to the House of Commons and at which point it could pass into law.

Zoe Cohen from Extinction Rebellion’s Political Circle is clear that this is a travesty: “Once again politics is failing us. We are in a climate and ecological emergency and the Government’s reaction to our raising the alarm is to pass highly punitive legislation. Parliament’s own Joint Committee on Human Rights has called the measures in the Bill oppressive and wrong!

“The police already have adequate powers. They don’t need more. The British people need their government to focus their attention on safeguarding our future – through rapid mitigation and adaptation – so we have resilient communities ready for the increased impacts that are already locked in, whilst rapidly decarbonising, restoring nature and truly engaging citizens in the process.”

To fight the bill, we are going to have to mobilise. You can join the Rebellion starting on 23 August and join a Kill The Bill protest, happening frequently. We also call on all rebels to write, email or tweet their MPs of whichever political party to show their discontent.

We are also going to need help from human rights organisations to help us with the fight. The next pinch point is going to be when the Bill reaches the House of Lords in September. Between then and now we need to massively raise awareness.

Zoe Cohen continued: “The most realistic chance for significant changes to the Bill will be in the upper chamber but there are no guarantees they will hold their nerve.

“So far the process looks to be our worst-case scenario. Much more is needed particularly from the human rights NGOs if we are to have a real chance at stopping the proposed changes to protest law.”

Extinction Rebellion’s political circle is asking rebels to do one of the following: