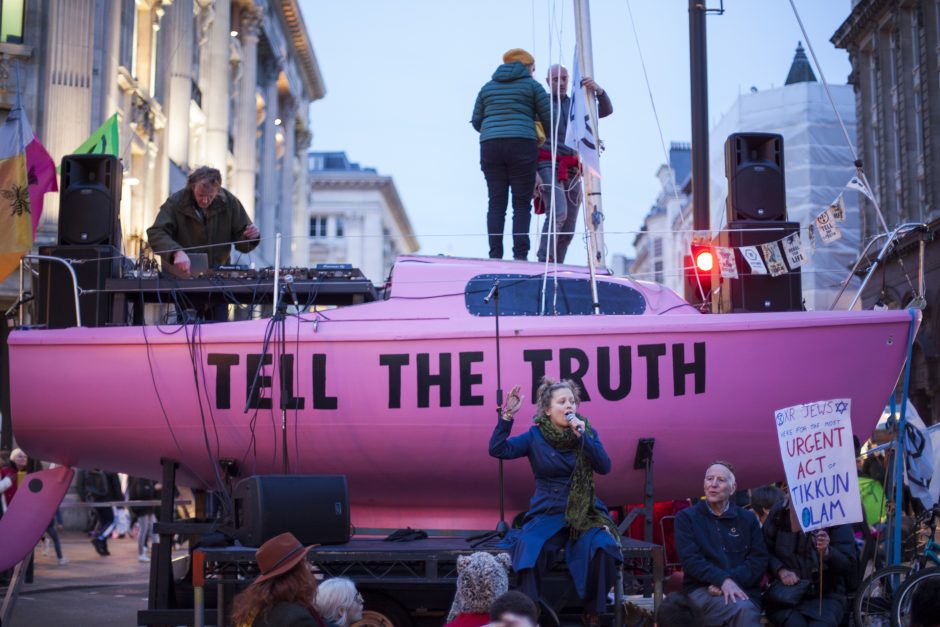 Dear Daily Telegraph, here are the results of our free fact check of your recent article!

On Saturday the Telegraph published a piece by their associate editor Gordon Rayner about Extinction Rebellion’s upcoming Free the Press actions. The headline read: ‘For the silent majority, police failure to come down hard on Extinction Rebellion will be a surrender to mob rule’. The trouble is, despite conflated media spin and a number of falsehoods, the article seemed to make it past the Telegraph’s fact checking process. Don’t worry, we’ve done it for you!

In addition to numerous inaccuracies, this article:

1. Relies on two assumptions:
A) That it is unlawful to obstruct a highway for the purpose of protest. This is not the case.
B) That the Home Secretary can interfere in operational policing matters. Following the revelations that the Home Secretary interfered in policing operations on the night of Extinction Rebellion protests outside the Broxbourbe printworks, a challenge has been launched in the High Court to decide whether it is lawful for the government to apply pressure on police chiefs to influence operational decisions.
2. Attempts to associate Extinction Rebellion with violent and intimidating protests using military language.
3. Describes the expression of dissent as an attack on freedom and a proposed Bill that oppresses protest as a protection of freedom.
4. Paints Extinction Rebellion as being motivated by a far-left agenda rather than by the climate and ecological emergency.

[1] Four men own Britain’s news media. Is that a problem for democracy? https://www.newstatesman.com/2021/02/four-men-own-britain-s-news-media-problem-democracy