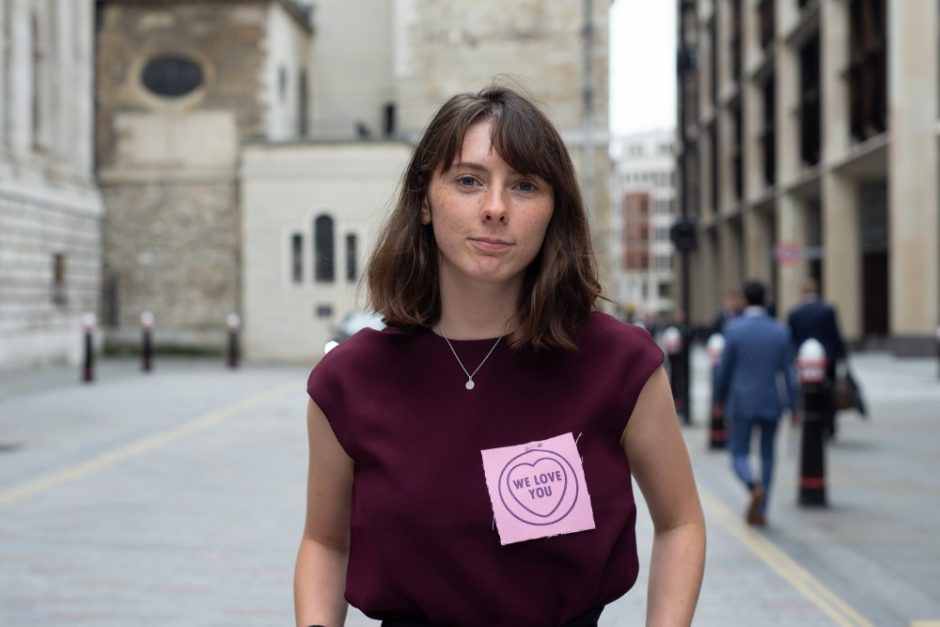 Eleanor, a member of affinity group Tree of Life, was arrested sitting in the road at Parliament Square on Thursday 18th April during the 2019 April Rebellion. She was charged under Section 14 of the Public Order Act and tried on 13th December at City of London Magistrates’ Court. She was found guilty and given a nine month conditional discharge and £370 court costs.

She was arrested again for the Murdoch printworks blockade during the 2020 September Rebellion and charged with Obstruction of the Highway. Her trial is scheduled for summer 2021.

“Last summer, 2018, there was that horrible heatwave in August where everything died. The grass in the park outside my flat just died. People seemed happy about the high temperatures, day in day out, with highs of 20-30 degrees. But I just thought, this isn’t right. It made me feel anxious.

I’ve always felt responsible for the environment, and do what I can as an individual: I’m vegan, try not to fly, I recycle. But autumn last year, I realised it’s not really making any difference. We cannot do it on our own. We need system change.

It’s around that time I heard about Extinction Rebellion. I didn’t think I’d get arrested, but I went to an induction meeting, which led me to a NDVA, which led me to sitting in the streets last April! I feel I have done a duty that needed to be done.”