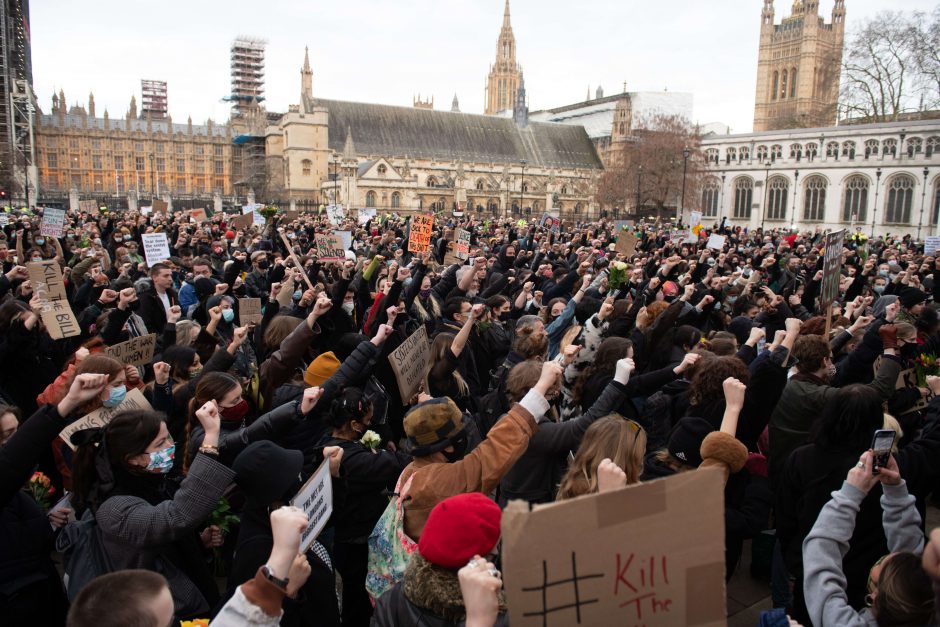 People power works – together for the right to protest!

It’s crazy how much can change in a week. With the release of the HMICFRS report and MPs rushing the Police, Crimes, Sentencing and Courts Bill through Parliament, the UK government has tried to take emergency measures to restrict our civil liberties and outlaw the right to protest.

The Government saw people and groups come together, with women at the forefront, led by Sisters Uncut, to oppose the Bill over the last week, eventually getting cold feet and deciding to slow down the process of turning it into law. They’re hoping we’ll forget that they’re after our rights and our democracy.

See folks, people power works! And it’s more important now than ever to continue taking to the streets to keep the pressure up. We know from the course of events over the last week that the Bill won’t be stopped without a broad coalition of groups coming together on the streets to make clear to the Government that they cannot get away with this.

Labour MP for Tottenham David Lammy said on Monday, the Government is “introducing these measures because it dislikes Black Lives Matter, because it hates Extinction Rebellion, because both tell too many hard truths.”

We always knew that the truth about the climate and ecological crisis and its implications would be hard for the those in power to take. We started on this journey knowing that they would fight us before we won. This Bill is the desperate act of a government in denial, to censor the voices of dissent rather than face the reality of the situation we are in.

Now, with love and care in our hearts, we will continue to stand for the truth no matter how hard it is for them to hear.

Read on for a breakdown of the implications of the Bill and to join a protest near you:

Tune into United for Black Lives: International Day for the Elimination of Racial Discrimination on Sunday and stand up to racism!

For those of you wondering what will happen in London, watch this space. Momentum is building towards a broad coalition of groups coming out together in the coming weeks!

What would the Bill mean for protest?

Want a full breakdown of what the bill will mean for protest? Click here.