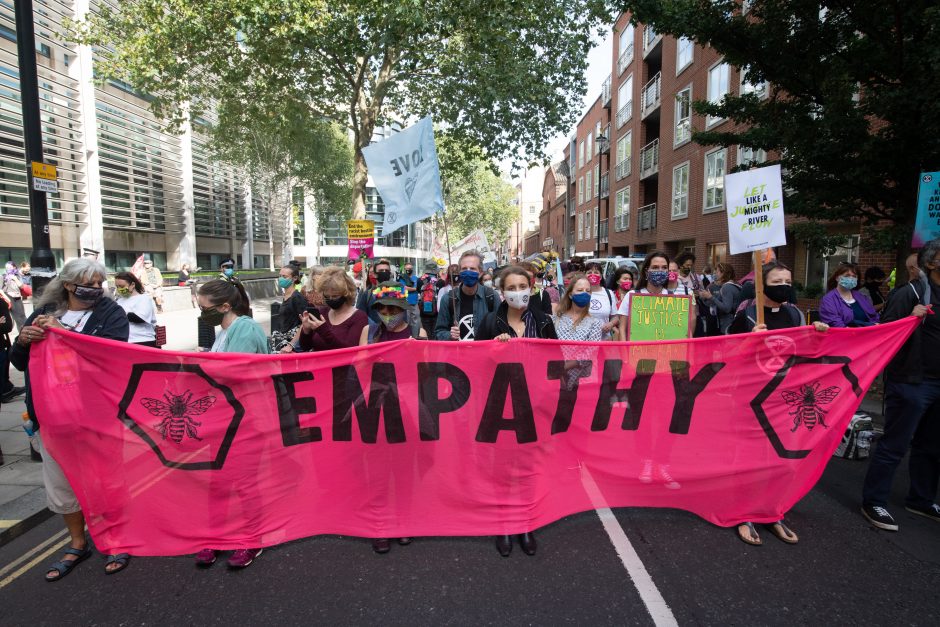 It should come as no surprise that this government has set out to delegitimise protestors when each protest pierces the bubble of complacency surrounding their climate record. This is the desperate act of a government in denial, to censor the voices of dissent rather than face the reality of the situation we are in.[1]

Just two weeks ago the UNFCCC report showed that world leaders are completely neglecting their pledges to reach net zero – the UK included.[2] The UK government would like us to believe they are “world leaders on climate” but the reality is, like the pandemic, they have no real plan to get out of this crisis.

Alanna Byrne of Extinction Rebellion, said: “What is the real issue here? At a time when the country is experiencing anger and frustration about an uncertain future, about racial inequality, about nurses on the front line who are being told to feel thankful they are employed, and environmental destruction, it’s not new police powers that we need but some compassionate leadership from the government.

“Priti Patel can try and make the UK a protest free zone, but it’s clear that the government is not going to do the right thing without protestors holding them to account so we don’t plan on stopping anytime soon. They can try to make it a crime to care but they will not stop people from caring.”

So, they can label Extinction Rebellion, BLM and nurses on the front line as ‘aggravated activists’ all they like, but the suffragettes, civil rights movement and gay rights movement were all called similar things, all of whom have subsequently, despite their repression by the authorities, been found to be on the right side of history.