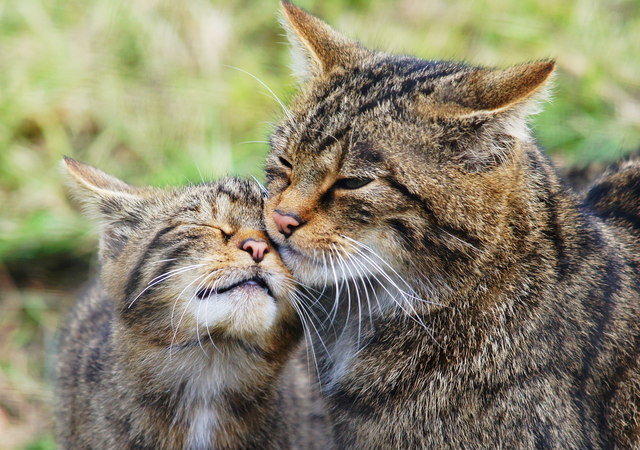 Rebel Radio discovers how the home of the nearly extinct Scottish Wildcat will be destroyed to make space for a wind farm. Find out how an organisation called Wildcat Haven is trying to stop this. Featuring a Scottish Wildcat expert, ecologist and solicitor working tirelessly to protect this precious last feline predator in the UK.

You would think that when the Scottish government announced they were going to be building another wind farm this would be a good thing. Sadly, nothing could be further from the truth. The wind farm proposed by Vattenfall, a Swedish government owned sustainable energy company, is due to be built on the Clashindarroch Forest – one of the last remaining habitats of the now very nearly extinct Scottish Wildcat.

Rebel Radio host Marijn van de Geer talks to guests Paul O’Donoghue (director of Wildcat Haven), Dominic Woodfield (ecologist and managing director at Bioscan) and Susan Shaw (solicitor and founder of Living Law) to explore the complexities of opposing a green energy project. We find similarities to other ongoing struggles against supposed ‘green’ projects, such as HS2. How can a wind farm possibly be a bad idea? In the case of the Clashindarroch Forest, it can.

The integrity of the Scottish government, Nature Scot and the environmental policies Vattenfall comes into question and it becomes clear that the climate crisis and the ecological crisis are not considered together when making decisions. Tune in to find out more about the Scottish Wildcat, the Clashindarroch, the efforts so far and what can be done to stop it.

Help get ONE MILLION signatures to save the Scottish Wildcat’s home, the Clashindarroch Forest

The petition to save the Scottish wildcat by protecting Clashindarroch Forest has nearly 900,000 signatures now – it is already one of the biggest petitions for wildlife in the UK ever. Help create more impact by getting it to a million signatures!

Rebel Radio broadcasts from Soho Radio’s Culture Channel every Tuesday and Friday between 11am and midday. Catch up or listen again anytime on Rebel Radio MixCloud.