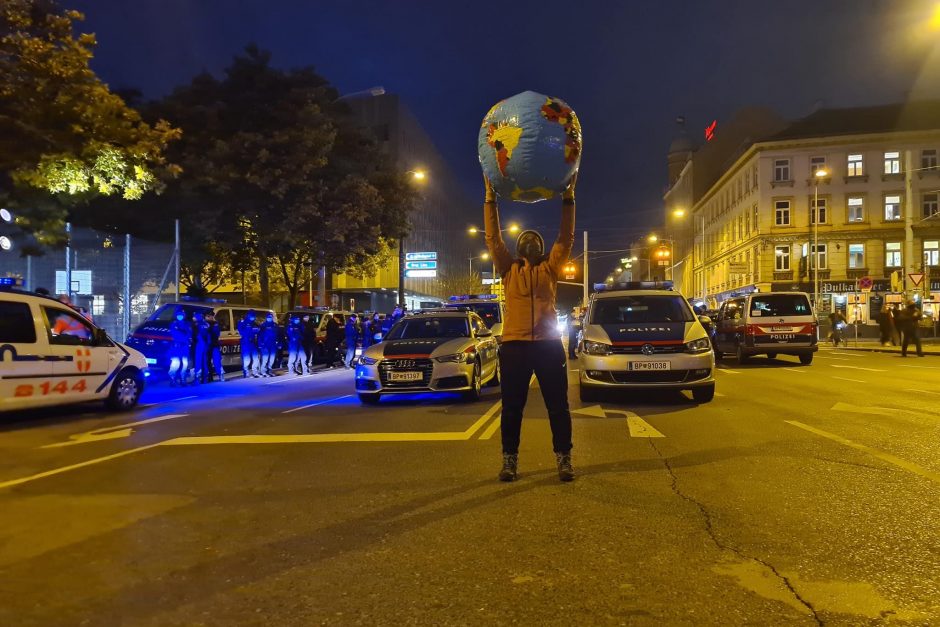 Rebellion and on and on. Global Newsletter 44

(See here for web version, sign up to the Newsletter here) – Also, we’re excited to bring you this email in Czech, German, French, and Polish. With heartfelt thanks to the XR Translation Team.

The wave of rebellions continues! Rebels are sounding the alarm across the globe and inspiring more and more to take action for the planet. Despite extremely challenging circumstances, individual doubts, and police brutality, still we rise up as one unified (decentralized) movement.

This issue covers fashion actions in Czech Republic, concerts in Austria, camps in Switzerland, and a report from the front lines of Finland, where police have been brualizing and pepper spraying rebels. Also actions across South Africa as part of the Global Climate Strike, roadblocks in Israel and tea parties in the UK.

We have a special ‘Must Watch’ section this time, with a selection of documentaries to get you all informed and motivated, including Once You Know, an XR film about realization, despair and courageous action.

You can also check out XR Global’s blog posts, like How to Stop Funding Fossil Fuels by Moving to an Ethical Bank.

There’s so much going on that this team barely has time to write up one action before news of the next one comes in. Congrats for keeping us so busy!

If you’d like to help write the newsletter or have ideas about how we could better serve the needs of rebels, please email: xr-newsletter@protonmail.com and see Upcoming below for more details.

The Austrian Rebellion kicked-off with an energising Rebel Ride, despite the police trying to shut it down by banning the use of the motorway. Like water, the 80 riders simply took another route to the opening rally in Sigmund Freud Park!

Socially distanced die-ins, amazing Discobedience dance moves, beautiful music, and a lecture by Esteban, a scientist and environmental activist persecuted in South America, were featured too.

The police even stood up against hate messages and calls for violence against non-violent rebels!

The final rally at Maria-Theresien-Platz marked a ceremonial hand-over to XR Germany, Italy, and Spain for the next waves of the Rebellion.

Four rebels bared all on Prague’s luxurious Příkopa Street to protest fast fashion. The rebels glued themselves to the inside of a shop window completely naked except for signs with messages like ‘Fast fashion kills, I’d rather be naked’.

Other rebels draped a banner outside the shop that read: ‘There is no economic growth on a dead planet’.

Police ripped the rebels from the glass and shut down the store, apparently to “protect the public” from the peaceful protest.

One rebel said: “Fast fashion is the second most polluting industry in the world, responsible for 10% of global greenhouse gas emissions.

“By buying fast fashion, we accept that the quality of human life is less important than cheap clothing. Gigantic companies that use the fast fashion model literally benefit from modern-day slaves, and privileged Europeans allow this because they also benefit.”

No Water, No Life!

In cities across South Africa, rebels took to the streets with a coalition of activist groups to mark the 6th Global Climate Strike, a day of worldwide climate protest called for by Fridays for Future.

Rebels in Mandela Bay organised a coalition march to the City Hall of Port Elizabeth, where they protested against the city’s continuing water crisis.

The region is suffering prolonged droughts made worse by neglected local infrastructure and political inaction on the climate crisis. Many residents do not have access to even basic sanitation.

The activists called on the mayor to reject plans for a costly and polluting desalination plant and instead solve the water crisis with a climate jobs programme and green infrastructure.

In Pretoria, the activist coalition marched to the Department of Mineral Resources and handed over a memorandum demanding a green restructuring of national electricity provider Eskom, and an end to government promotion of fossil fuels.

Activists also braved heavy rains in Cape Town to rally outside Parliament, where they demanded an immediate transition to renewables and an end to coal power.

This week rebels in Johannesburg will demonstrate against Standard Bank for their funding of the East African Crude Oil Pipeline, which will link Ugandan oil fields to ports in Tanzania. The 900-mile heated pipeline has a carbon footprint equivalent to Denmark’s and will devastate local wildlife as well as small farmers.

Rebels in Helsinki were pepper sprayed by police and stopped from washing their eyes during an ‘Emergency Brake’ blockade in the city centre.

The protest, part of XR Finland’s Autumn Rebellion week, involved blockading Unioninkatu, a major street in central Helsinki. Around 200 rebels decorated the area with flags and banners, a small yellow boat sailed in with “Tell the Truth” on its sail, and people danced to live music.

But when their order to leave was ignored, police came in hard, dismantling the blockade and carrying protestors into police vans. When rebels moved to a nearby intersection and sat down to block traffic, police started pepper spraying them at point blank range.

10 protestors suffered serious effects and many more were forced to take off their face masks to breathe, ruining rebel attempts to adhere to Covid-19 safety measures. Police even stopped some rebels from washing their eyes with water.

All detainees were eventually released, and XR Finland has condemned the violent police response. Their Autumn Rebellion week will continue as planned until Wednesday.

XR Switzerland joined the September Rebellion wave with Rise Up For Change, their first ever mass action.

Around 400 protestors from XR, Climate Strike Switzerland, Greenpeace and other allied groups gathered at 4:30am on Monday morning to set up camp in Bern’s Bundesplatz (Federal Square). They occupied the square for nearly 48 hours before police forced a cold and rainy evacuation that dragged on for 6 more hours.

At the camp, rebels held their own Citizens’ Assemblies, debates, conferences, and talks, while choirs and nighttime concerts kept spirits high. Doctors4XR hosted an action right on the doorsteps of the Federal Palace.

A 3000-strong march capped off the week of rebellion, with members of various climate groups standing shoulder to (distanced) shoulder and sending a clear message to their leaders.

The rolling rebellion is underway! Rebels from Italy, France, Spain and Perth (plus others we may not be aware of) will be hitting the streets with courage and colour soon.

Are you planning to be at one of these global rebellions? Will you be making demands, having a dance, or just basking in the drama? If so, we want to hear from you!

We’d love to publish some reader experiences alongside our rebellion reports in future issues. Whether it’s personal highlights or unforgettable sights, we want to hear those little stories that make rebellion time come to life.

Short write ups could be anything from a sentence to 150 words in length; longer accounts are welcome too, though they may not make it into the body of the email. Your photos are always welcome. Send them to xr-newsletter@protonmail.com

Telling the XR story from an African perspective. The XR Africa News team is doing wonderful work. Check out the latest broadcast here.

Despite the rise of ‘sustainable fashion’, the industry remains one of most polluting and wasteful. And with global fashion consumption predicted to grow by 63% over the next decade, efforts to make the industry sustainable could be easily overshadowed.

To ensure that the industry ‘Act Now’ to help mitigate climate and ecological breakdown, Fashion Act Now will unite a global coalition of activists, industry experts, economists, scientists and garment workers to action a plan that puts wellbeing before profit.

We’ll seek to answer a vital question: How do we reduce Fashion’s appetite for resources quickly enough to keep global warming to below 1.5C and protect biodiversity, whilst centering the most vulnerable?

We need your help to fund this vital work. Please visit our Crowdfunder page to find more information.

Have something important you want to share on the XR Global Social Media channels?

Writers Rebel interviews José Gualinga, a leader with the Native People of Sarayaku, frontline defenders leading the struggle against oil exploitation in the Ecuadorian Amazon.

José explains how his community is using medicinal plants to treat Covid, how the Indigenous worldview could combat climate change, and how his father (the Sarayaku’s most eminent shaman) can communicate with the spirits of the jungle. Read here in English, and here en Español.

We would LOVE your feedback

Dear readers and rebels, changes are afoot in Newsletter-land and we want to hear your feedback. Do you enjoy the Newsletters? What do you like most, and what would you like to see done differently?

Share the love (and maybe some constructive criticism too) by sending an email to: xr-newsletter@protonmail.com with FEEDBACK in the subject line.

Thank you for reading. If you have any questions or queries, please get in touch at xr-newsletter@protonmail.com.