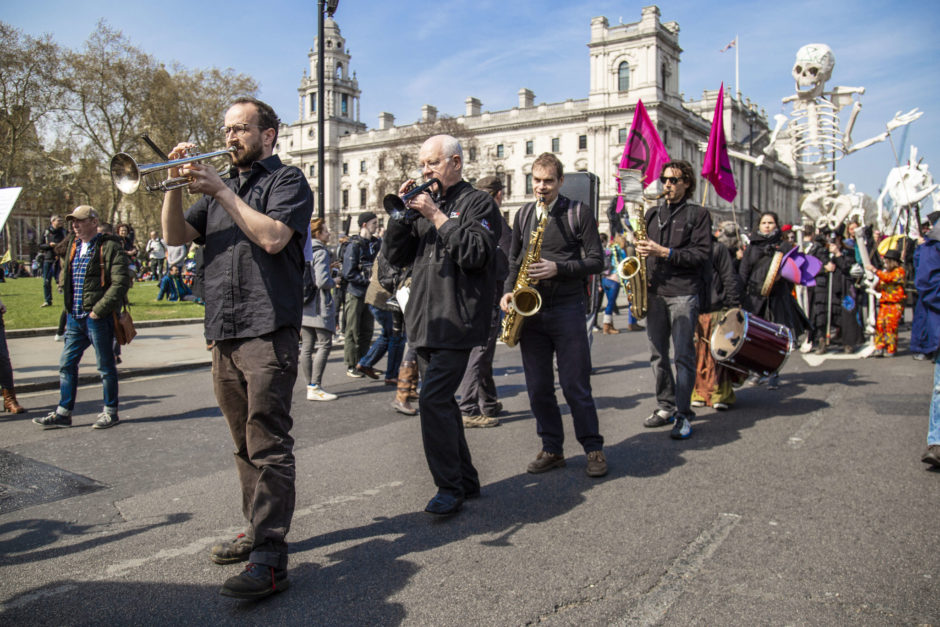 The battle for Parliament Square was not won and lost overnight. As dedicated rebels were eventually cleared from roadblocks and traffic would be opened up again, a rescue party in the form of bikes, samba bands or extinction marches would swoop in and shut it down again shortly after in a dramatic turn of events. Somehow, through sheer determination, Parliament Square was held on to for nearly the whole 11 days.

On the doorstep of parliament, this site showed great strength and courage under the eye of government power. See the images below to capture a glimpse of the Beyond Politics site: