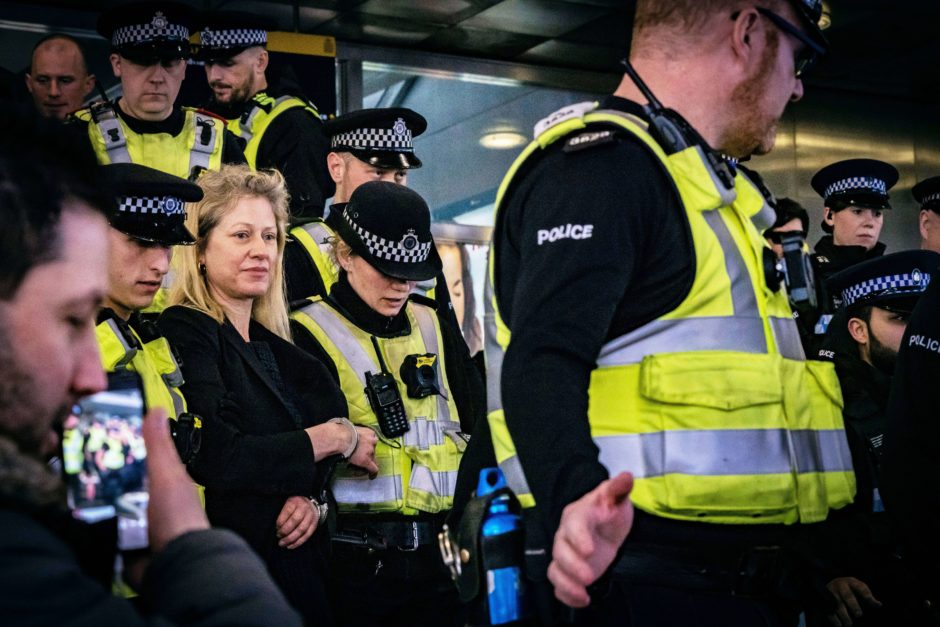 Exactly a year ago I glued myself to the top of a DLR train at Canary Wharf Station, holding a banner saying “Climate Emergency”.

It was Day 3 of the April Rebellion. I did this as I was, and still am, absolutely terrified about my children’s future, and the lack of government action to tackle the unfolding climate emergency. I was desperately trying to sound the alarm, to wake people up to the dire situation we are in and hopefully inspire action.

It was a powerful action which was hard to ignore and propelled XR and its demands onto front pages around the world.

Along with two others, I was arrested, refused bail and sent straight to prison for a week. It wasn’t a particularly pleasant experience. However, as a middle-aged, middle class white woman I wasn’t in any real physical danger. And I was very happy to use my privilege in this way, to step up and draw attention to the crisis we’re in.

Since then I’ve been arrested 3 more times on XR actions. I’m proud of what I‘ve done. I’m also so grateful to be part of the wonderful XR community, working alongside everyone else (whether “arrestable” or not), to secure a liveable future for our children and children everywhere.