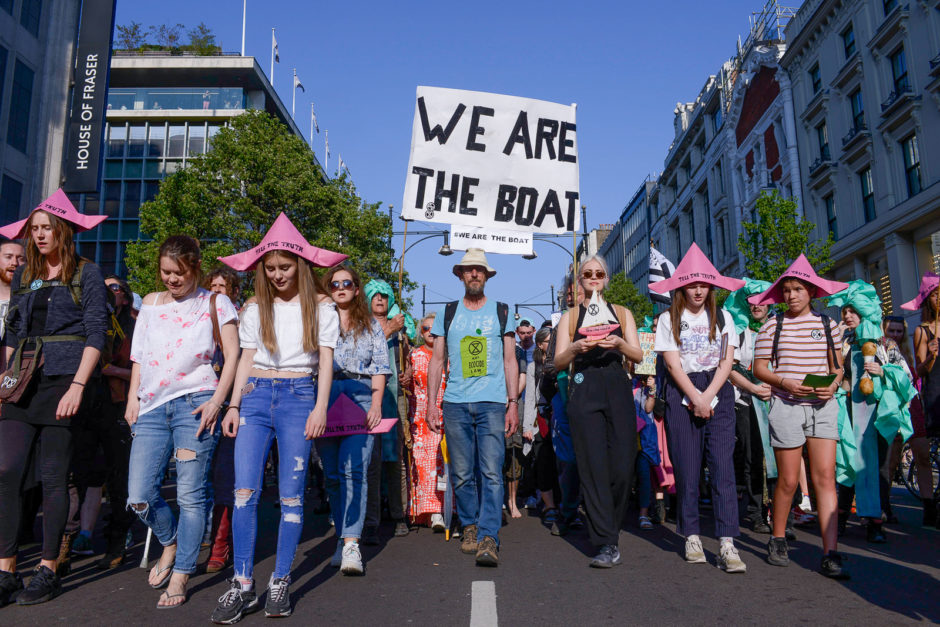 The Oxford Circus site was one of vibrance, music, joy, laughter and resilience. Of course, everyone remembers the good ship ‘Tell the Truth’ – or Berta Cáceres, as she was officially named after the murdered Honduran activist – but there were so many other stories unravelling within that square that it would be impossible to tell them all.

From booming sound systems, circus acts, Red Rebels weaving between the crowd, Chris Packham, Emma Thompson, the barnacles who clung on to the boat for dear life, and the procession that led the boat away, the site at Oxford Circus will live on in the hearts and minds of everyone who experienced it.

The images below capture some of the best bits of that extraordinary week. Enjoy!