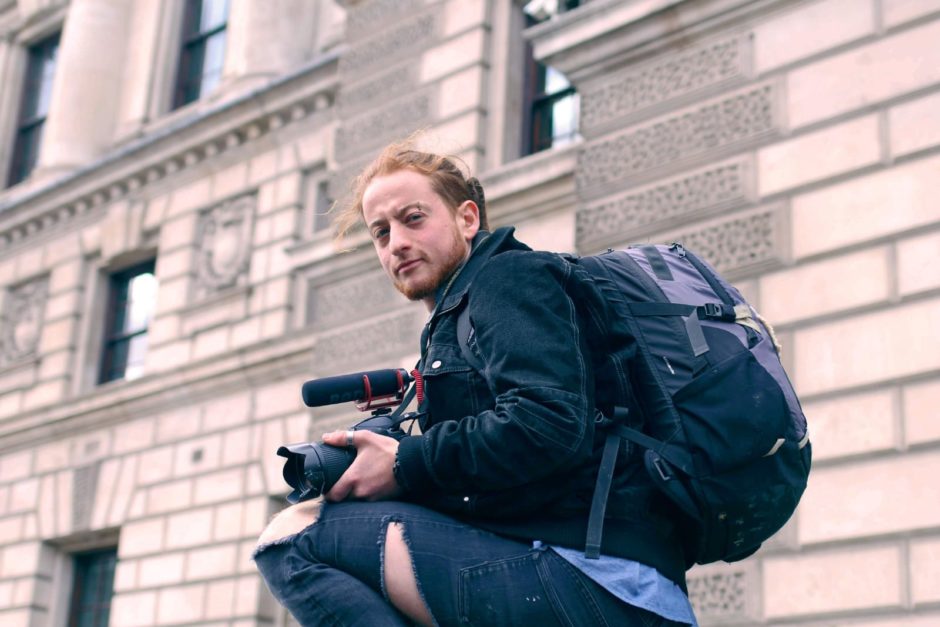 THIS IS WHY I REBEL

James ‘Iggy’ Fox died on 6 February. He was 25, had given up a career in science to join XR and fought hard for the cause, especially for Indigenous rights. Iggy was a burning bright soul and he will be deeply missed by us all. Here is the article he wrote for issue 3 of The Hourglass newspaper.

Science alone is silence. For people to act on science’s warnings and apply its solutions, its message needs shouting from the rooftops. Scientists are getting on the streets, refusing to be scribes of the apocalypse.

After seven years studying, researching and protecting nature as a wildlife conservationist, I stopped fieldwork and deferred an MSc in order to rebel full-time. Because no matter how many surveys I ran, how many turtle nests I protected, or how many young people I educated about ‘sustainability’, the seas kept rising, forests kept burning, plastic kept clogging the beaches, and our data kept showing that wildlife was being decimated.

After joining the #XRSnowflakes affinity group, I realized that as an activist my voice could be far more influential than it had been as a scientist.

On August 13th, six of us were arrested at London’s Brazilian Embassy for taking non-violent direct action to highlight an ecological and human rights emergency. We did it as two thousand Indigenous women marched on Brasilia to defend their lives and lands, and three days after the Dias do Fogo, when thousands of fires were lit to clear deforested land in the Amazon.

I don’t want to go to prison, but I’ll face whatever I need to. My actions aren’t about sacrifice, or arrest for the sake of it. Knowing the science, I have no choice but to tell the truth, and stick to my morals in the face of that truth. I won’t stand by and watch the world burn.

Right now, the truth is that Latin Indigenous people are facing genocide: the Brazilian state has blood on its hands, as do the extractive corporations destroying Amazonia. While the real criminals sit in plush offices profiting from ecocide, obliterating the natural world we depend on, those who resist their atrocities are killed or thrown in jail.

I’m rebelling in love for this world and the wild. In compassion for the Indigenous, local and First Nations peoples who are persecuted protecting the ecosystems we all need to survive. In rage for the environmental defenders murdered every week – my siblings in the fight for life.

Beyond a carefully prepared statement, I answered ‘no comment’ to most questions in the police interview. But I did look the detective in the eye and tell him one thing:

“I’d quite like a future. Right now, my future is on fire, and in Brazil, they’re killing the firefighters.”

When the forest is ablaze in a valley, sometimes all it takes is a few extra Snowflakes on the mountainside to trigger an avalanche that will put the fire out. Will you be one of them?