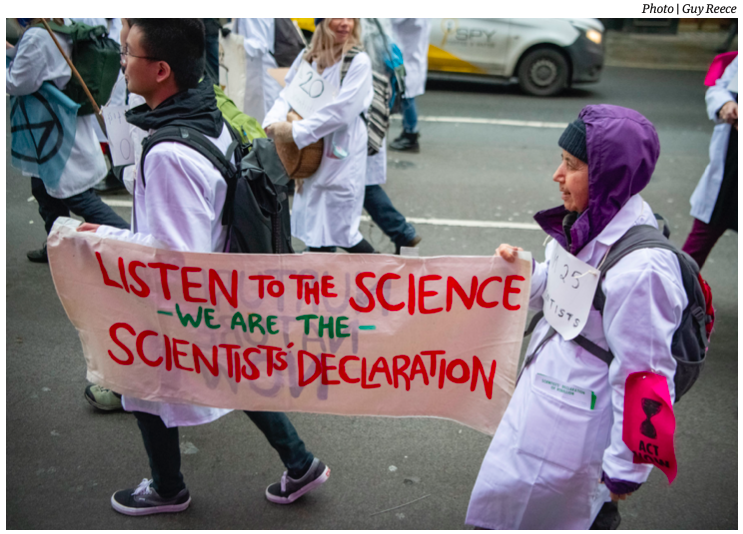 WHAT ARE TIPPING POINTS?

Perhaps the climate change metaphor which has stayed in my mind most strongly is that of a group striding out into a minefield without a map or guide. In the analogy the mines represent tipping points in the climate system, primed to go off, but we don’t know where they are, only that the further we go the greater the chance there is of setting one off.

Nature is full of tipping points, often sudden and catastrophic. Increase the level of nutrients in certain lakes just a little bit too much and they can tip from being crystal clear to being full of green algae. Hunting sea otters for their pelts led to the collapse of underwater kelp forests, as herbivorous sea urchin populations exploded following the loss of their key predator.

The climate system also displays such tipping points, both sudden and subtle varieties. In fact according to some researchers the warming we have caused may have already triggered certain tipping points. In 2014 NASA researcher Prof. Eric Rignot published a paper with colleagues which he said presented “observational evidence that a large sector of the West Antarctic ice sheet has gone into irreversible retreat” locking in perhaps a meter of sea level rise.

The system is now set on a course towards a new state.

The scary thing is that we do not know where that tipping point lies. As Prof. Stefan Rahmstorf of Potsdam University warns “The IPCC [Intergovernmental Panel on Climate Change] estimates anywhere between one and four degrees of global warming. We are already at one degree warming, so we may well cross that tipping point in the next decades.”

Just as there are tipping points in complex physical and ecological systems, it is understood that complex social systems can also exhibit tipping points. Might we be on the verge of a massive shift and social transformation towards a nonlinear decarbonisation and just not realise it yet? Perhaps all that is needed to reach such a juncture is one gigantic push by a mass movement of non-violent direct action? We won’t know until we push past it and find out.