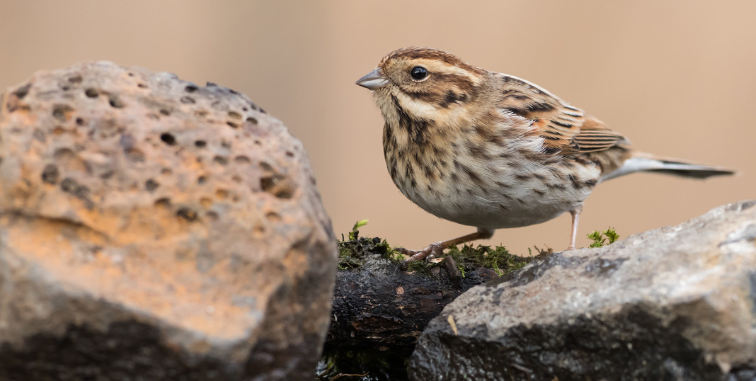 Murder comes with a sudden pounce under a clear blue sky out in the marshes. The victim struggles, wriggles and flails, but its assailant has clearly killed before. With one gulp the heron swallows the marsh frog whole. The nearby cows don’t even look up.

A reed bunting lightens the mood with a joyful “lets-all-move- on” aria, at about 100 notes a second.

I am on Rainham Marshes, one of the Royal Society for the Protection of Birds’ (RSPB) most unlikely reserves. Its setting could not be busier. On one side, a sinuous Eurostar glides past to Paris. Swivelling west, I see Canary Wharf, nine miles away.

Google Maps’ algorithms are not programmed for poetry. Its preferred route to Purfleet Station (four miles) is through dreary light industrial suburbia. I opt for the beautiful saunter along the north bank of the Thames (a mile longer).

The National Trust’s Rainham Hall elegantly bookends this walk. It’s a mile to the entrance of the reserve. I pay the £6 and take the two mile circular walk. It’s an irony that we have war to thank for the survival of this flat grazing land. In 1906 it became a military firing sold it to the RSPB.

The performance by 800 species (birds, beetles, amphibians, moths slugs and flowers) changes daily. The wheatears, and a chorus of blackcaps, are just as glorious.

Then pure indulgence back at the visitor centre. Scrumptious home- made cakes. There’s even a sticker saying who made them.