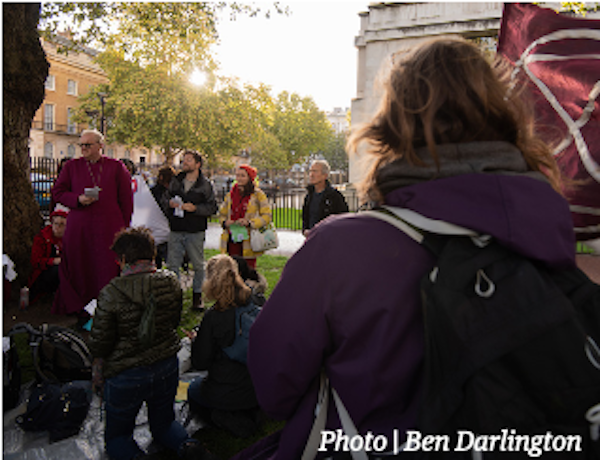 Cullan Joyce, lecturer at the Catholic Theological College in Melbourne Australia, one day realised that all his years of ‘trying to live like Christ through connection to God, would become irrelevant if future generations were so threatened that pursuing a spiritual life would be impossible for them’.

Joyce disagrees adamantly with those Christians who view the climate crisis as either ‘God’s Will’ or a sign of the ‘End Times’. Such Christians are a minority but some occupy key political positions, at least in the US. Joyce’s argues that the End-Times-outlook is almost certainly a grave misinterpretation: ‘if these are the end times, but humans are agents of these changes, then we must be acting against God’s Will by destroying our world before its time’.

The eco-theologian Sallie McFague has argued in a her book, Blessed Are the Consumers: Climate Change and the Practice of Restraint, that the planetary predicament we find ourselves in demands a kind of change that perhaps (most) religions encourage, if you take their core messages seriously. Such a change would need to involve what McFague calls ‘kenotic love’. Kenosis, in the Christian tradition, means self-emptying i.e. you have to transcend the ego, curb the pursuit of personal satisfaction, and instead make love for one’s neighbor – which includes all living creatures – the priority.