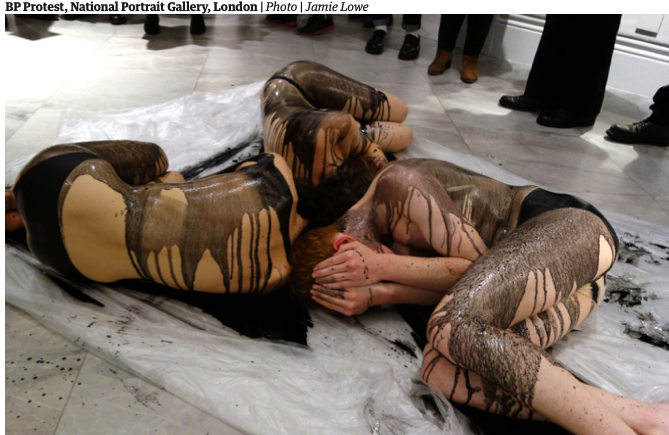 Two of the UK’s most prominent theatrical companies have cut their ties with some of the world’s largest oil multinationals following threats from supporters to boycott the institutions.

On 2 October, the Royal Shakespeare Company (RSC) confirmed it would end its partnership with BP at the close of 2019. BP’s sponsorship has supported the RSC’s scheme providing £5 tickets to 16-25-year-olds since 2013.

Film and stage actor Mark Rylance called for the RSC to drop BP earlier in the year when he resigned from his post as an associate artist at the theatre company.

RSC artistic director Gregory Doran said: “This careful and often difficult debate with, among others, our board, staff, our audiences and artists, has highlighted the strength of feeling,especially among young people who we would like to benefit from the scheme. “Amid the climate emergency, which we recognise, young people are now saying clearly to us that the BP sponsorship is putting a barrier between them and their wish to engage with the RSC.”

“We cannot ignore that message.”

The move was announced under increasing pressure from the activist group Culture Unstained, which has now diverted its campaign towards cultural institutions such as the British Museum, National Portrait Gallery and Royal Opera House, who continue to partner with the oil giant. Culture Unstained co-director Chris Gerrard praised the RSC’s “ethical leadership”, saying: “‘The Royal Shakespeare Company’s decision to drop BP as a sponsor years before the partnership was due to endisaclearsignthat–inatime of climate emergency – fossil fuel funding is just too toxic.

In a statement, BP said it was “dismayed” at the RSC’s decision to terminate a scheme it claimed had granted 80,000 young people access to theatre tickets. The company said it “shares many of the concerns” of climate activists.

Shortly following the RSC’s announcement, the London- based National Theatre (NT) confirmed that it would be terminating fellow oil giant Shell’s corporate gold membership, which sees it contribute £15,000-30,000 to the institution annually.

The National Theatre said Shell’s sponsorship will end in June 2020, as the theatre announced its pledge to become carbon neutral in a climate emergency declaration to “galvanise positive change”.