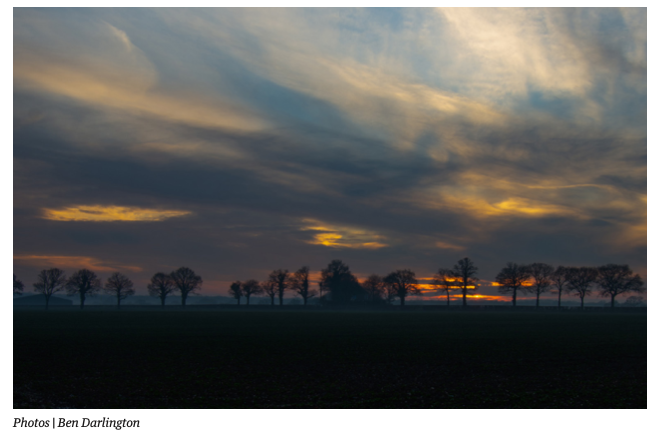 I am a member of a group of lawyers that has written a Declaration of Rebellion to call for Justice for All. We call for climate justice for everyone on Earth, for intergenerational justice, and for ecological justice. I will write about the last point here.

Historically, in the UK legal system nature has been seen as inanimate and treated as property. Trees, rivers and mountains are owned by the landowner on which they sit who (subject to some planning and environmental regulations) can do what they like to them. Last year I set up Lawyers for Nature to represent the natural world and all who are seeking to defend it.

However, I often feel in court as though I am fighting a losing battle. Given that the law does not recognise the rights of nature, I often that the ‘rights’ of those who wish to destroy our earth and the natural world (e.g. through
fracking, carbon emissions, etc) take precedent. The few victories that we have are often on the basis of using an alternative legal mechanism (e.g. the human rights of protesters seeking to protect the natural world), but these wins will not be enough to hold back the tide of those who seek to profit from the destruction of the natural world which is deemed to have no rights and often little value.

Our legal system has had no problem granting rights to non-humans over the centuries: for instance, companies are entirely fictional entities, but they have legal rights similar to people under our law. To a growing number of people, it seems inexplicable that we grant legal rights to things (like companies) that are ultimately fictions but give no rights to things like trees and rivers, which do exist in the real world and on which life ultimately depends.

Many people around the world are pushing for nature to have legal rights, with the fight being led by Indigenous groups who have never forgotten the truth that the natural world is a living being, with its own right to exist. In Ecuador, the rights of Pachamama were included in the country’s constitution. In New Zealand, the Whanganui River was granted legal rights and personhood in 2017, following many years of campaigning by the Maori people for whom the river is a sacred being.

Given that the UK is a country which has suffered one of the longest and deepest disconnections from the natural world, it is unlikely that Parliament will be passing laws to grant rights to rivers and trees anytime soon. That is not a reason to give up this fight though, but rather to change our tactics.

Local groups are finding that a grassroots approach can work: the River Frome was the first river to be given rights under local byelaws.

If local people begin to see their own rivers as sacred, this can make a big difference, particularly if it is followed up by practical actions like clearing rubbish from the rivers, preventing pollution and sewage from entering them, and making local declarations that the river has rights. Similarly, if people begin to see trees as having rights and, like the protesters in Sheffield, use non-violent direct action to enforce those rights, this has the ability to powerfully shift the narrative on how the law treats nature in our society, and help to save as much of it as possible from destruction in the ecological emergency that we now face.