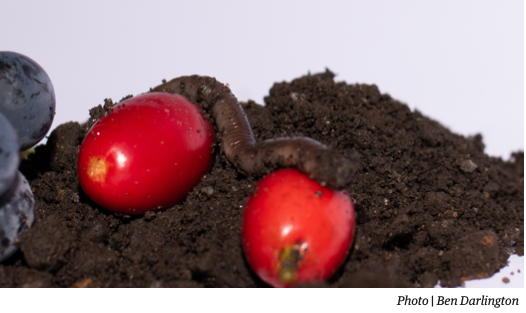 The UK’s earthworm population has the potential to triple and farms and could save on costs, according to the results of an experiment by scientists at Cranfield University.

Dr Storr, supervised by Dr Jacqueline Hannam and Dr Rob Simmons of Cranfield University, compared the use of a cover crop mixture in a wheat/maize/lettuce crop rotation on lowland peat soils to a sample treated without cover crops.

The experiment was carried out from 2016 to 2019 and, compared to the untreated crop, the earthworm population of the rotation using cover crops was three times greater at the end of the test.

Dr Storr said: “Earthworm populations can be negatively affected by soil tillage, so by reducing the depth and intensity of tillage we can promote their communities to aid soil structure, water infiltration and nutrient availability.

“The benefits of the cover crop were particularly notable when they were grown for a longer period. The continuous vegetation provided by the cover crop combined with reduced tillage, resulted in a huge increase of earthworms – a key indicator of soil quality.”

Earthworm populations are important to the environment as they increase the amount of air and water that can get into the soil, helping to break down organic matter such as leaves and grass, which feed plant life.

Cranfield University, based in Bedfordshire, is a postgraduate-only university that specialises in education and research on technology and management.

Its Environment and Agrifood department has worked for 50 years to enhance natural capital and make sure the world’s food systems are more resilient for the future, recognised internationally for its work in plants, soil, water and air.