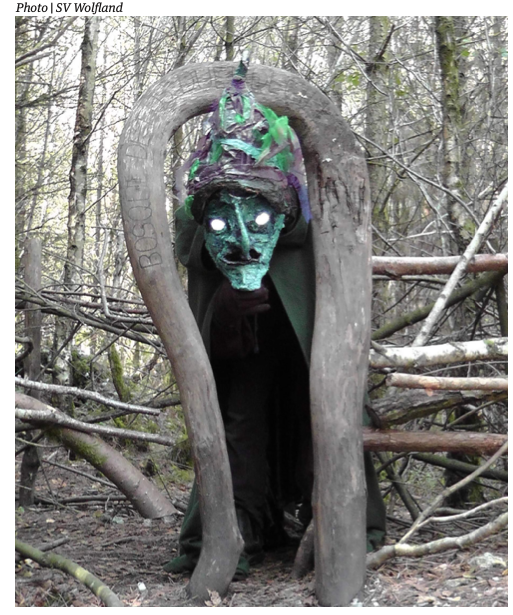 FOLK TALES Gilgamesh and the Death of Eternal Life

Once there was a story about a powerful king who mistreated his people, defied his gods, and sought to abuse the fundamental laws of nature. I know this sounds like most of the hero tales ever told, but this is the original. The very first of the man-child god-hero genre. Here is the birth of a monomyth that has soaked into our collective narrative consciousness for over 4,000 years. Here is a thick thread of ego and masculinity that leads all the way to our modern knot of catastrophes. Here is Gilgamesh.

Generally regarded as society’s ‘earliest surviving literary masterpiece’, The Epic of Gilgamesh dates back to roughly 2100 BC and the Sumerian city of Uruk (modern-day Iraq). It follows the journey of King Gilgamesh as he rises to his highest point, falls to his lowest, and eventually seeks redemption. It’s a story of butchery, intense brotherly love, and an all-consuming fear of death. It’s also a story that uncannily echoes the state of the world today, with our cruel and lustful leaders, our disregard and disdain of the natural world, and our dread of inevitable, looming change.

The epic begins by proclaiming Gilgamesh as ‘supreme over other kings, lordly in appearance’ and he ‘who opened the mountain passes, who dug wells on the flank of the mountain’ – make of this what you will, but it sounds a lot like fracking and fossil fuel mining to me.

Hereditary ruler of Uruk, Gilgamesh does more or less whatever he wants. Eventually the people rise up and demand a challenger from the gods. The gods agree to create the wild-man Enkidu, who subsequently becomes tamed by a temple harlot called Shamhat through a two-week long act of sacred prostitution. Alas Enkidu isn’t quite strong enough to defeat Gilgamesh, but once the battle is over the two become the firmest of friends. From here the epic moves into its next stage, as the newly formed duo go on to commit multiple acts of violation against their faith and their natural environment.

Our generation is not the first to think it will be the last, but it is the first to face the terrifying global and spiritual crisis of our situation.

The Epic of Gilgamesh ends with the journey to seek out Utanapishtim the Faraway, who is reportedly immortal. Driven by rage and grief, Gilgamesh confronts scorpion monsters, outruns the sun, and punts across the River of Death, but it’s all for nothing. Gilgamesh returns home to the great city of Uruk, a changed and broken man, ruminating solemnly on the wonders of human, natural, and godly creation.