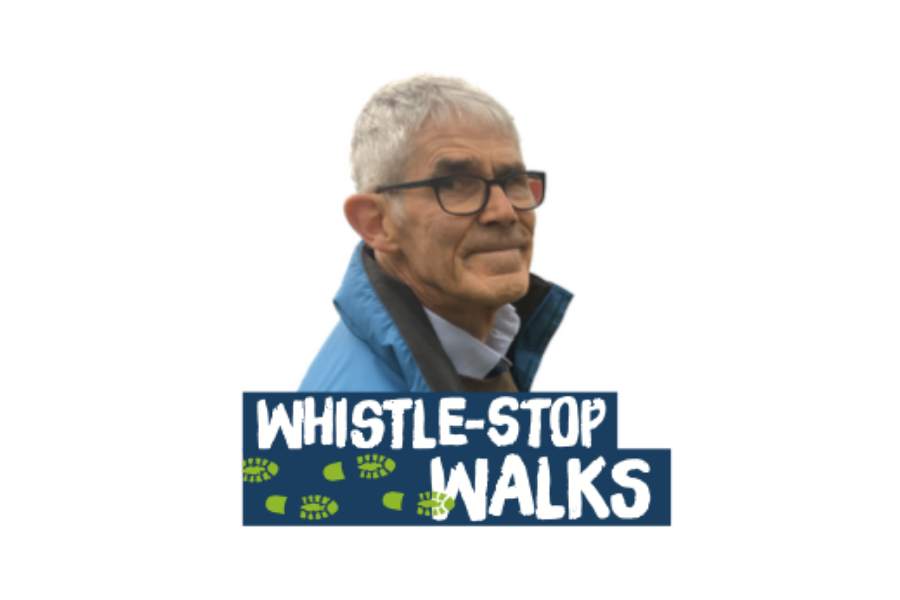 The turbo train roars away and deep peace descends on Great Missenden station. Once the country railway mood music would have been clanking milk churns and cooing racing pigeons in straw baskets. Today the only sound is the unfolding of my map and a sweet rhapsody from a wren.

I’m in the heart of the Chilterns, and a tangle of footpaths leads to all compass points.

The Chilterns is an appropriate destination for a car-free future.

The Metropolitan Railway was promoting days out into this glorious wedge of countryside to the northwest of London even before the petrol engine was invented.

Later the trains that carried the bowler-hatted battalions into town from what became Betjeman’s Metroland needed passengers on the way back. Londoners were tempted forth on excursions.

45 miles long, from the Thames to just beyond Luton, the hills are nowhere more than 14 miles wide. There are 1,200 miles of footpaths, and 13 stations on five separate railways to connect to them. The average distance between stops is five miles. So many possibilities to alight at one and walk on or back to another.

I strike north on a route through the region’s secret middle, the South Bucks Way. The Long Distance Walkers Association posts a detailed map on its website. The red line of the path magically unfurls in front of me.

I ponder delicious cartographic possibilities. A saunter down Hogtrough Lane perhaps? Or a picnic on Parslow’s Hillock?

In no time I’m ticking off the key points of Chilterns’ appeal: hill, wood, village and stream. One moment I’m in the trees, listening to that supercharged head-banger, the woodpecker. The next I plunge down a sudden slope, flints gleaming under foot, into a vista that hasn’t changed much in 1,000 years.

You find them all over, tight valleys called something like White Hawridge Bottom, where the only thing you see all day is a lumbering tractor turning over the chalky fields in toffee-like slabs. It’s a short step to Wendover Station and my train home.