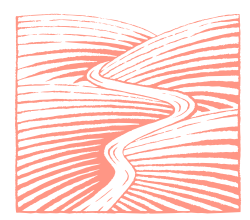 COLNE VALLEY IS OUR AMAZON RAINFOREST

HS2 is a transport project that will involve destroying acres of British countryside. It’s an express train service to climate and ecological disaster and it’s the first thing the Government should scrap if they are serious about the situation we are in.

It will cost over £100 billion of taxpayer’s money, for a project that is incompatible with the 2050 net zero emissions target and that will destroy over a hundred ancient woodlands, and hundreds of other precious wildlife sites.

Local groups have been mobilising along the proposed new trainline for some time now, notably in Colne Valley where HS2 threatens immense environmental damage to wildlife habitats. More than 2,000 trees have already been felled. The Harville Road Protection Camp has been holding space there for two years now, defending the land and water.

The UK needs to reforest as much land as possible to help combat rising emissions, but the development of HS2 will instead destroy acres of vital woodlands, and all the plant and animal species that thrive within them. Colne Valley is our Amazon rainforest.

People are fighting to protect it. There is now also a camp at South Cubbington Woods, occupying the ancient woodland that is first on HS2’s list for destruction. More camps are being prepared along the proposed trainline, and more people are needed to help hold the line.