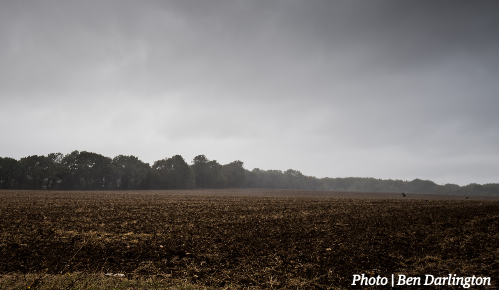 CAN FARMING METHODS PREVENT THE UK FROM FACING FOOD SHORTAGES?

This summer, the UK limboed between record-breaking heat and incessant rainfall. Now, August’s wet weather has brought this year’s wheat harvest to a “shuddering halt”, according to the deputy president of the National Farmers’ Union, Guy Smith.

In 2018, Defra found that wheat crop fell 5.1% on the previous year, while barley production decreased by 7.9%, and yields of staples like potatoes fell by roughly a quarter. This was attributed to unusually high levels of spring rainfall and a dry summer.

Some farmers are learning to adapt, for example 60-year-old Sivalingam Vasanthakumar from Devon who donated his sheep to an animal sanctuary and moved to horticulture. Speaking to the BBC, Cambridgeshire-based farmer Stephen Briggs commented, “It’s about taking lessons from nature…

By growing trees alongside wheat, you expand the productive space up into the air and down into the soil, plus you extend the period of the year that you’re capturing the sunshine.”