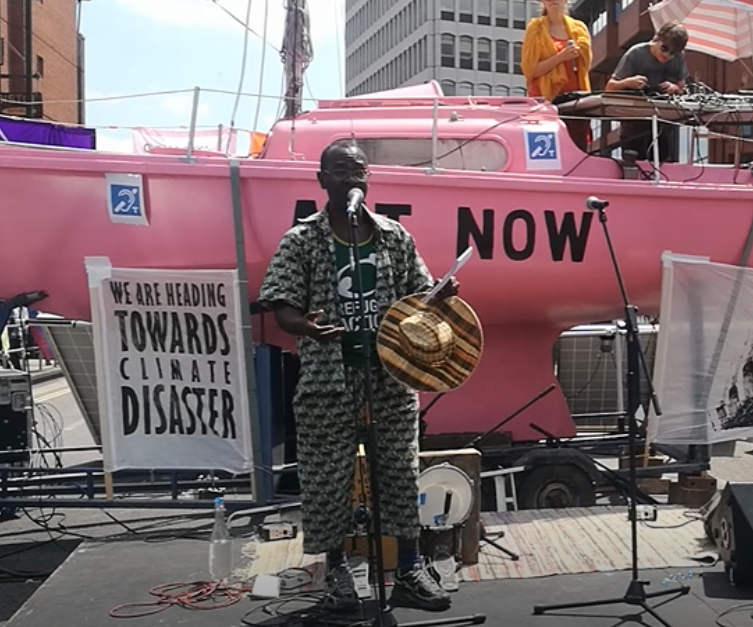 A VOICE FROM THE CONGO

I am originally from the Democratic Republic of Congo, the African second largest country after Algeria. The population remains one of the poorest in the world, but with its 5.000 kilometres of Congo River continuously delivering millions of cubic meters of natural water and its rainforest basin,
the largest in Africa, Congo is the second largest world ecosystem reserve after the Amazon.

Such a reserve of trees, rare species and newly discovered bog reserves may be damaged and mismanaged if we don’t take care.

When one is talking about the Congo, it is important to break such ongoing silence about the Congo War by opening parenthesis to explain that such a so-called deadly African after-independence war has been taking place in the Congo since 1996. The ongoing atrocities have left the populations abandoned to themselves.

The Nobel Peace Prize winner, the late Kenyan Wangari Mathai, founder of Green Belt Movement, told me: “One must not think of taking up arms to become a warlord to change the world; one must meet the people with whom he can share a vision, join an already successfully vision and to become a disciple of worldwide campaign to bring back in his community. Sometimes you have to start like me who plants the trees in the villages”.

Extinction Rebellion is planting such wonderful seed of global change. As an exiled person, it is also my duty to transplant this in my native country, so that we can become part of a movement that will save our planet, our only space of living.

ISSUE TWO OR THE LOVE OF NATURE