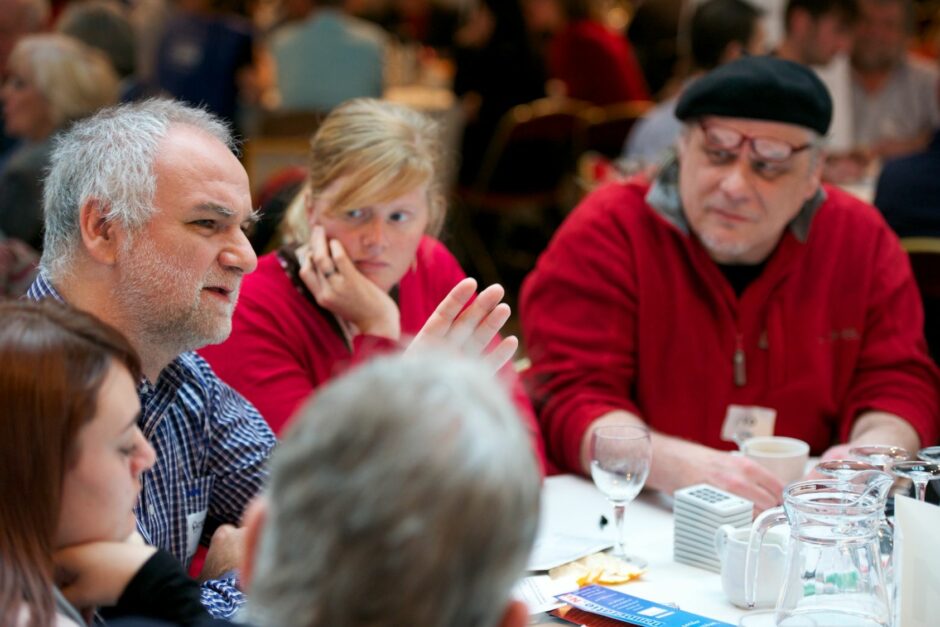 ‘Political questions are far too serious to be left to the politicians.’

German speaking East Belgium was the first to launch a permanent citizens’ assembly that sits alongside Parliament, in a move to increase trust between politicians and people. The bürgerdialog, or ‘citizen dialogue’, is known as the ‘Ostbelgien Model.’ In February 2019 a decree on the introduction of a permanent citizens’ dialogue in the German-speaking community was passed giving citizen participation in East Belgium a legal basis. People who are at least 16 years old and have their place of residence (you don’t have to be a citizen) in the German-speaking community have a chance of being selected.

Since the establishment of the permanent citizens’ assembly in East Belgium, others are following suit. The Brussels-Capital Region in Belgium and the city of Milan in Italy have both announced the launch of a permanent Citizens’ Assembly on Climate to co-determine local climate policy. The Brussels citizens’ assembly will have the power to put issues on the agenda, propose solutions and monitor the political follow-up. Except for the first year, the topic discussed is set by the assembly itself.

Most climate assemblies that have taken place have had limited impact in that they were one – off assemblies with no mechanism to monitor how recommendations are followed up (if at all). This has been addressed in Brussels with the inclusion of a follow-up committee, selected randomly from the assembly members to monitor what happens with the recommendations. In Milan so far the plan is only for the city to be obliged to make a prompt response to the recommendations, but there are as yet no indications that there will also be scope for citizen scrutiny.

While the ‘Ostbelgien Model’ considers a wide range of issues chosen by the citizens themselves, the proposed permanent citizens’ assemblies in Brussels and Milan will focus on climate only. But as we know, the climate crisis is inextricably linked with biodiversity, inequality, history, economics and more, therefore it is not impossible that these permanent citizens’ assemblies’ remits will, hopefully, extend beyond purely climate change.

The members of the Brussels Citizens’ Assembly on Climate will be changed every year. This means that every year more and more more citizens will be involved in shaping climate policy, and be actively involved in making the decisions that affect their lives. Each assembly will address a theme defined by the previous assembly.

In Milan, the assembly will consist of 90 randomly selected citizens who rotate every six months.

The Brussels case study will be an interesting one for countries and cities all over the world considering establishing their own citizens’ assemblies. As Claudia Chwalisz, Executive Director of DemocracyNext and former head of Innovative Citizen Participation at the Organisation for Economic Co-operation and Development (OECD), explains: “Citizens’ assemblies should operate as permanent governing bodies with the same broad powers of existing electoral systems. Brussels is a city of over 1.2 million people, 180 nationalities, and 100 spoken languages. If this can be done in Brussels, it can be done anywhere.”

Your Citizens’ Assembly Working Group (CAWG) at XR UK will be keeping a close eye on developments in Brussels and Milan and keep you posted. We are excited about these citizens’ assemblies, but are mindful of previous citizens’ assemblies simply ‘box-ticking’ exercises to councils and governments – let’s see if Brussels and Milan will make these true inclusive decision-making bodies!

We know citizens’ assemblies work, although we also know the model can – and should – be improved as citizens’ assemblies and other deliberative and participative processes are being used more frequently all over the world. It is now for us at Extinction Rebellion UK to get behind the Third Demand for a UK-wide Citizens’ Assembly on Climate and Ecological Justice. It is this that sets us apart from other environmental and activist groups. We are not offering solutions, though many rebels may have brilliant ideas, instead we demand that it is the people who decide on the way forward. Our role as XR is to make the government agree to endorse the Citizens’ Assembly and commit to implementing its recommendations.