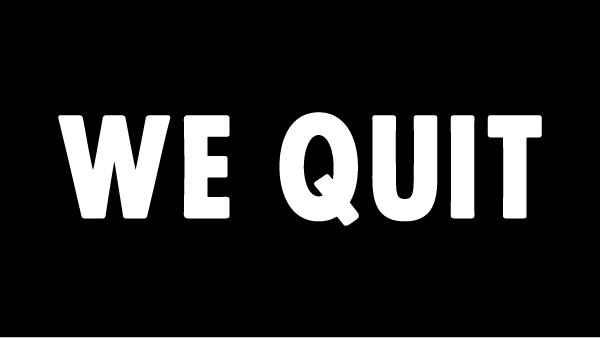 When XR burst onto the scene four years ago, few could have imagined the seismic shift it would bring about in the climate movement, the climate conversation, and the world at large.

But despite the blaring alarm on the climate and ecological emergency ringing loud and clear, very little has changed. Emissions continue to rise and our planet is dying at an accelerated rate.

The root causes? A financial system prioritising profits over life, a media failing to inform the public and hold power to account, and a reckless government entrenched in corruption and suppressing the right to protest injustice.

As we ring in the new year, we make a controversial resolution to temporarily shift away from public disruption as a primary tactic. We recognise and celebrate the power of disruption to raise the alarm and believe that constantly evolving tactics is a necessary approach. What’s needed now most is to disrupt the abuse of power and imbalance, to bring about a transition to a fair society that works together to end the fossil fuel era. Our politicians, addicted to greed and bloated on profits won’t do it without pressure.

We must be radical in our response to this crisis and determined in our efforts to address the climate and ecological emergency, even if it means taking a different approach than before. In a time when speaking out and taking action are criminalised, building collective power, strengthening in number and thriving through bridge-building is a radical act.

XR is committed to including everyone in this work and leaving no one behind, because everyone has a role to play. This year, we prioritise attendance over arrest and relationships over roadblocks, as we stand together and become impossible to ignore.

The conditions for change in the UK have never been more favourable – it’s time to seize the moment. The confluence of multiple crises presents us with a unique opportunity to mobilise and move beyond traditional divides. No one can do this alone, and it’s the responsibility of all of us, not just one group. It may be uncomfortable or difficult, but the strength of all social, environmental, and justice movements lies in working together. As our rights are stripped away and those speaking out and most at risk are silenced, we must find common ground and unite to survive.

It’s no secret that those in power are hoarding wealth and power at the expense of ordinary people, while ignoring the consequences of their greed. Emissions continue to rise, but they couldn’t care less. But people do care, and changes to democracy that free and empower the voices of the people through Citizens Assemblies could balance the tables and bring about the positive societal tipping point we all need.