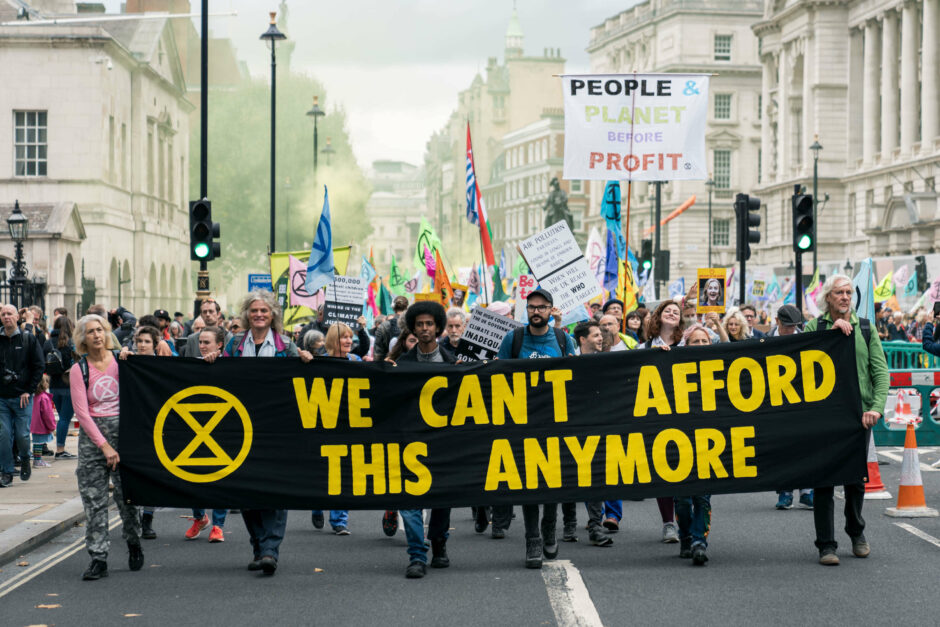 It would not be new for Extinction Rebellion to say that the COP process has failed. We’ve said it for some time, as have many others now, including Greta Thunberg.

Extinction Rebellion will not attend COP27 in Egypt, nor protest against it. To give airtime to a summit that has monumentally failed humanity and all the living world for 26 years gives the COP process undeserved credence and carries on the charade.

With many scientists now publicly stating that 1.5 degrees is lost and with emissions still rising annually, the continuation of the COP process and the misplaced hope it gives the young around its potential for success, is frankly irresponsible. Why would anyone believe that this year will be any different? To believe it will be is to inflict unnecessary harm onto our already grieving hearts. The many NGOs and organisations still hooked on the idea that COP will eventually rise to the occasion are comparative to being trapped in a toxic relationship, unable to walk away.

The truth is we cannot afford to carry on putting faith in a process that has proven to the world that is incapable of addressing the crisis. It’s time to let it go and start something new. There’s no denying that letting go of the only international climate summit there is will be immensely difficult. International collaboration is vital and no isolated country can do this alone. But until we face the true failure of the COP process, we will never move on.

Around the world we see the relationship between national governments and the fossil fuel industry standing in the way of meaningful action. It’s clear that only participatory forms of democracy capable of cutting through corrupt decision making and reflecting the will of everyday people have a future. It will not be possible to imagine what might grow out of the rubble of where we are until we can have courage enough to admit that the way COP has functioned for over a quarter century is not going to work.

Enough is enough. Politicians have shown time and time again that they are not willing to put in the hard graft necessary to turn things around and build a better tomorrow. But ordinary people are. Recent polling shows that the people in the UK are more concerned than ever about the climate crisis and 52% of Britons want the net zero date (2050) brought forward. So, where do we sign up to get started?

If politicians won’t do the hard work then everyday people will. Our power lies in coming together en masse to show world leaders we’re not going to accept their failure anymore. If they are too proud to admit their defeat then we must become so big that we are impossible to ignore.