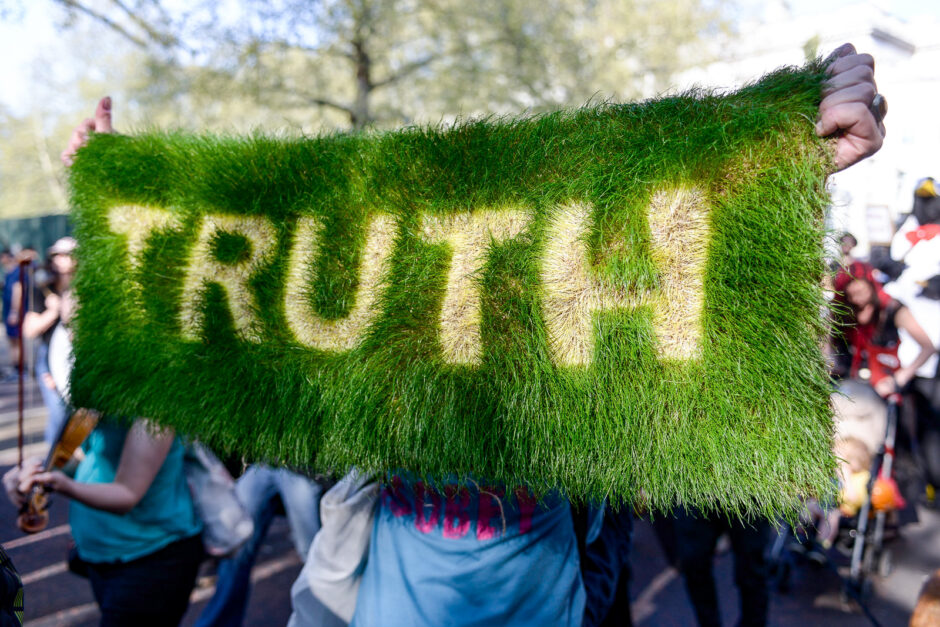 Yesterday the Guardian and Open Democracy showed a direct connection between the arch-denialist group the Global Warming Policy Foundation and big oil funders in the United States.

Up until now, the shadowy Tufton Street think tank had vigorously denied any link. But Extinction Rebellion and many other groups long ago connected those dots because everything the GWPF does is designed to promote fossil fuels, confuse the science of reaching carbon net zero, or is aimed to delay policy changes.

But after the Guardian and Open Democracy stories yesterday the link is now official.

Our action in Tufton Street in 2020 was designed to draw attention to the sly tactics of the Global Warming Policy Foundation who have since rebranded as Net Zero Watch. At the event George Monbiot said the people who worked on the street were ‘money in human form’.

Jessica Townsend, one of the Tufton Three who went on trial for criminal damage to shine a spotlight on the GWPF, was yesterday rejoicing: “It’s the link we have long been looking for. Why has this organisation, officially a charity, been allowed to lobby for big oil while hiding their funding? It really brings a whiff of corruption into the charity status. Charities are legally supposed to be for the public good. What public good is served by making sure that  policies to safeguard the future of our children and grandchildren are continuously kicked into the long grass. We need action now.”

The policy delay means fossil fuel companies will continue to rake it in while more carbon is emitted, the air is more polluted and hot house earth scenarios become more plausible.

The Global Warming Policy Foundation was set up by Nigel Lawson in 2009. The other shadowy think tanks that enjoy charity status and huge access to government include the Institute of Economic Affairs, Policy Exchange, New Culture Forum, The Adam Smith Institute, and Civitas. The groups enjoy access to the government and to platforms in the Right Wing press and media in particular the Telegraph and the Spectator but also the Times, The Mail, The Sun and the Express.