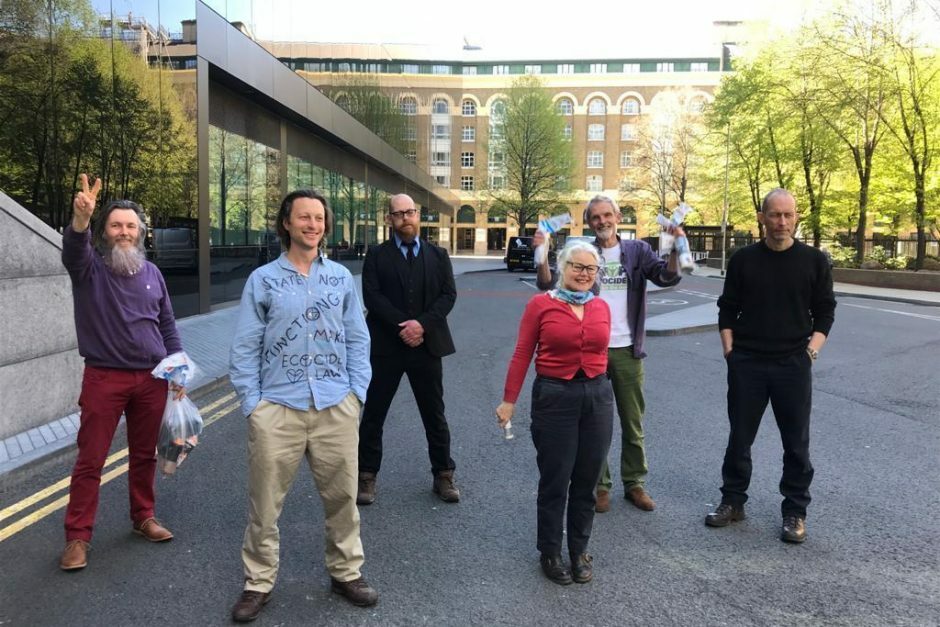 The story of how a jury acquitted a group of Extinction Rebellion protesters for criminal damage to Shell’s HQ, despite having no defence in law, has been dramatised for BBC Radio 4.

The Shell Seven by Margaret Heffernan will be broadcast at 2.15pm today (Tuesday 5th April).

In April 2019, the group sprayed-painted “Shell Lies” and “Shell Knew” on the outside of the oil company’s building in Waterloo, broke windows and hung a banner charging the company with ecocide. They intentionally created more than £5,000 worth of damage so they could put their case before a jury of their peers.

Two years later, the group stood trial at Southwark Crown Court. After the judge ruled out their proposed defence, they dismissed their lawyers and self-represented so they could address the jury directly and explain their actions.

The real-life courtroom drama is based on transcripts from the trial and interviews with the defendants – landscape consultant David Lambert, 62, builder James “Sid” Saunders, 41, XR co-founder Simon Bramwell, 49, carer Jane Augsburger, 55, mother of four Katerina Hasapopoulous, 43, all from Stroud, and salvage worker and Quaker Ian Bray from Holmfirth –  as well as their lawyer Raj Chada.

The Shell 7 trial was the first of a series of acquittals of Extinction Rebellion protesters by juries in the Crown Courts. There are a further 13 jury trials scheduled over the coming months, including that of co-founder Gail Bradbrook for criminal damage to the Department for Transport which begins on April 19th.

Shell defendant Senan Clifford said: “I wasn’t surprised by our acquittal. I always believed that once a jury of our fellow citizens heard the truth about the climate emergency, and Shell’s part in causing it, they would find us not guilty. I’m grateful they had the courage to choose life over profit, which is surely what justice must be about.”

For images and interviews with any of the Shell 7 and more information about upcoming trials contact Zoë on 07918165046.

For more on the pattern of jury acquittals see the London Review of Books blog.

What Emergency?  |This Is Not A Drill: An Extinction Rebellion Handbook