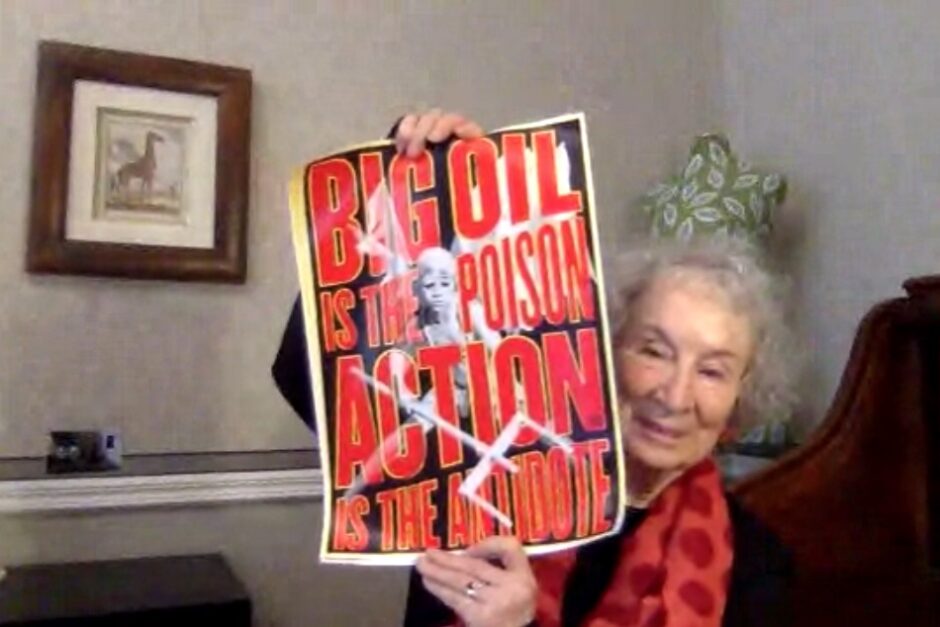 The Power to Change with Margaret Atwood and Richard Black

This podcast episode is all about energy and features an extract from our longer interview with the celebrated writer and activist Margaret Atwood.

While Extinction Rebellion and Just Stop Oil are holding up tankers and stopping oil refineries, the government is sitting on the energy policy it promised after the Ukraine invasion. With rising poverty, rising fuel prices, and rising fears about the future, the question of how quickly and effectively we can transition to clean energy has become urgent.

We begin with Oil Music, a short pointed poem by Gboyega A Odubanjo and then hear Margaret Atwood in London last week connecting the dots between the Ukraine and the fossil fuel crisis and expressing her worries about the future.

The main interview is with energy expert and former BBC environment correspondent Richard Black. Richard is no stranger to the podcast and  wore a slightly different hat for our recent very well received episode about climate denial. Richard is the author of ‘Denied: The Rise and Fall of Climate Contrarianism‘.

This episode is co-presented by Nuala Lam a veteran of the Media and Messaging team who discusses the strategy behind the planning of this April’s rebellion, the form the rebellion will take and the Writers Festival which will take place on the 15th April.

In a wide ranging interview that is a centre of the programme Richard Black discusses fracking, how the energy crisis is partly a result of the COVID shut downs and how Putin used that crisis. He then goes on to discuss  blue and green carbon, his recent viral  tweet about how UK gas exports are at a record high this year.

Finally we end with a reminder of UN secretary generals speech after launching the most renent IPCC report in February in which he brands political inaction as ‘criminal’.