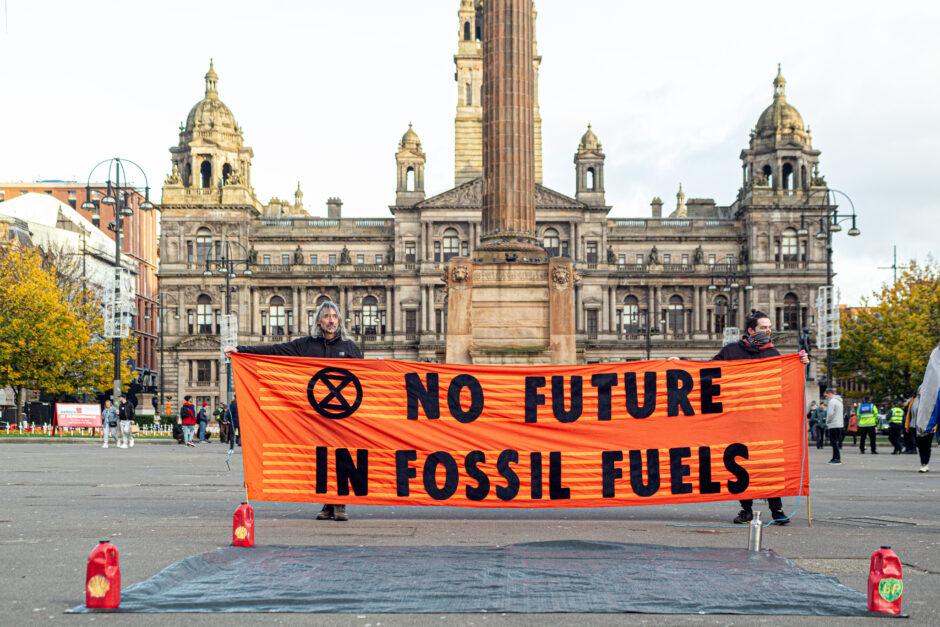 2022: The year the movement of movements aligns to end fossil fuels

This Spring, Extinction Rebellion UK is focusing all its activities on an immediate demand: to end the fossil fuel economy. In light of recent war, past war, the recent IPCC reports, advice from myriad NGOs, agencies, experts and international bodies calling for the end to fossil fuels, this is the obvious first step to tackling the climate and ecological crisis that the entire environmental space is coalescing around.

We are living through a rapidly closing window of opportunity to do anything meaningful, and we all know that those with power are committing us to global breakdown. Increasingly everyone is admitting that it’s inevitable we will breach 1.5 degrees of average warming, the limit agreed in Paris in 2015, with COP26 designating “sacrifice zones” in the Global South. The IPCC report says that climate breakdown will exacerbate existing inequalities, meaning people who are suffering now in the Global South who have contributed the least to the crisis will face the worst impact.

So, XRUK is calling on all peaceful, loving and determined people to step into rebellion and resistance. Our political history shows that nonviolence is a noble tradition, to which we all owe many of our most cherished rights. Coming together in our collective strength can turn the tide at the speed needed at this desperate time.

XRUK is a separate movement to all of the above-named groups and campaigns. For the purposes of clarity we will be organising independently of these groups, but we may co-host some talks and events to raise awareness of the issues and our work. We will advocate for everyone who is pushing for the urgent change needed because now is the time, the writing is on the wall, and the movement of movements will become an unstoppable force for positivity in 2022 because there is simply no time left.

See you on the streets.