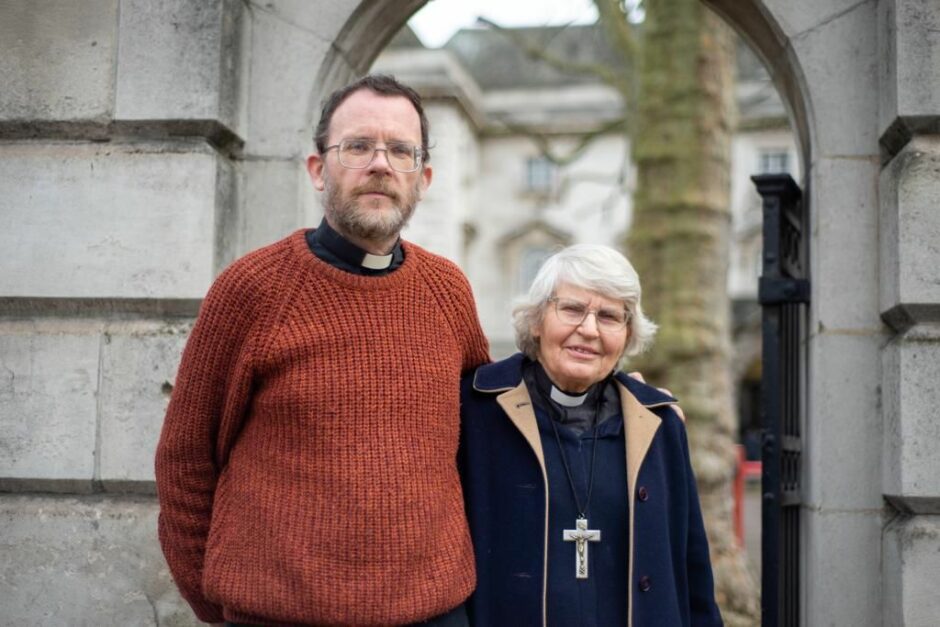 The trial is underway for three XR members who stopped a DLR train at Shadwell station in 2019.

Phil Kingston, 85, Reverend Sue Parfitt, 79 and Father Martin Newell, 54 – all also members of Christian Climate Action – are charged with obstructing trains or carriages on the railway under the malicious damages act.

None of the Shadwell 3 deny their part in the action – Sue and Martin climbed on top of the train and Phil sat on the platform and glued himself to the outside. Their defence is that it was a proportionate response to the escalating climate crisis and a lawful protest under the Human Rights Act.

This trial follows the acquittal by a jury in December of six XR members, the DLR “Canaries”, who were charged with the same offence during an action at Canary Wharf station in April 2019.

In that case, as in this one, the jury was directed by the judge to decide whether a conviction was “necessary in a democratic society” or whether it would be a disproportionate interference in the defendants’ human rights. The “Canaries” jury returned a unanimous Not Guilty verdict in less than an hour.

The issue of proportionality – arising from the Supreme Court’s recent Ziegler ruling – was also one of the defences used by the Colston 4 in their trial which concluded last week. The four were acquitted by a jury in Bristol after removing a public statue of the slave trader Edward Colston.

Today, the Shadwell 3 trial at Inner London Crown Court heard evidence for the prosecution, including that Phil told train passengers he was taking action “for the future of my grandchildren and for the future of yours”.

The prosecution is expected to finish its case tomorrow morning after which the defence will begin. The jury will likely be sent out to consider its verdict tomorrow afternoon or Thursday.

Shadwell 3 is one of a series of XR trials taking place in 2022 that will be heard before a jury.