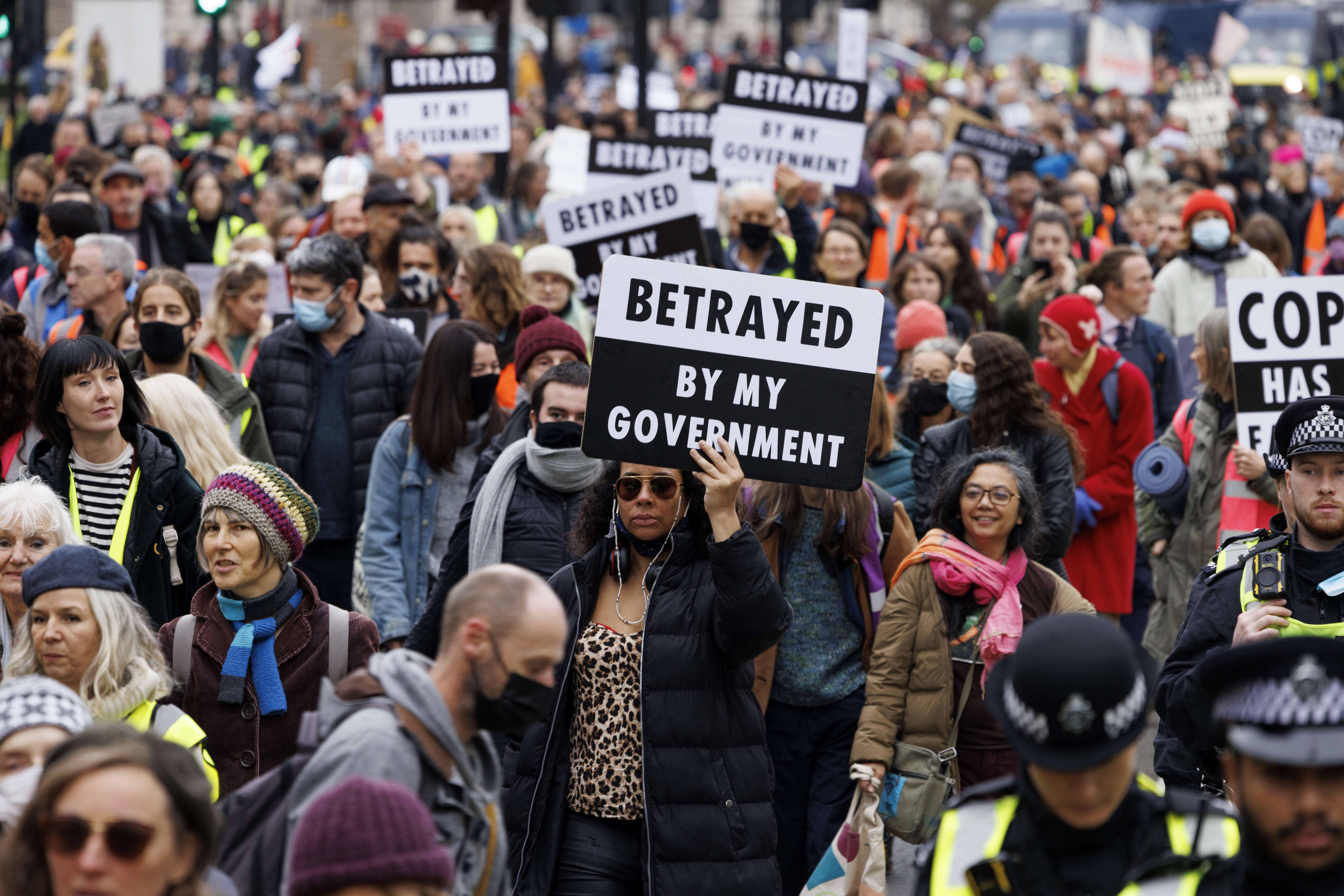 WE WILL NOT BE BYSTANDERS: More than 100 people break National Highway’s injunction on Lambeth Bridge

BREAKING: This afternoon, over a hundred people have sat down on Lambeth Bridge to break the National Highways super injunction in solidarity with the at least 34 people who have broken these injunctions so far, 9 of whom received prison sentences this week on 17th November. The group of over a hundred people from all walks of life marched from outside the Royal Courts of Justice at 12pm arm in arm and in rows, each row holding a sign that read ‘Betrayed by my government’. The group intend to stay in the road until they are arrested.

Around 4pm, the majority of people left around 20 people blocking the bridge, and took to blocking Vauxhall Junction, where arrests were made throughout the night. Around 130 are reported to have been arrested in total.

Following the sentencing of the Highway 9, there has been widespread anger among much of the general public, at the court’s decision. Coming only days after COP26, and one day after the Police, Crimes and Sentencing Bill was in the House of Lords, where even further draconian elements were added to it, the decision to imprison ordinary people protesting peacefully has created a shockwave across the UK.[2]

Gully Bujack, who attended the action, said: “We are living through scary times. Experts are telling us that COP was a fatal failure and there’s no time to lose. History tells us that civil disobedience is the key to driving urgent social change. And now the full force of the state and the judiciary is being wielded against us, to outlaw peaceful protest.

“We are now banned from protesting in the streets. But these streets are ours, and we must not allow ourselves to be driven from them – not now, when we have everything to lose. All roads are now historic sites of civil resistance. We are in resistance. And we call on everyone to join us.”

The 9 will likely only be the first of many to be imprisoned for breaking the injunction, with another 23 people who could also suffer the same fate. Many now feel committed to taking their place and breaking the injunction themselves in order to defy this ruling, which flies in the face of serious climate action.

Alanna Byrne of Extinction Rebellion, who also took part in the action today, said, “When I saw the Highway 9 give their testimonies in court this week, I knew I had a duty to take a stand today in their place. These people willingly gave up their freedom to push the government to act on the greatest crisis we’ll ever face.

“The failure of COP26 should shock everyone into action. World leaders are protecting the interests of the fossil fuel industry over the general public, they are not coming to save us. All we have left now is to come together on the street and rebel for all we hold dear.

“The government thinks that this injunction will scare people into submission and stop taking action. But the opposite is true. This has only ignited a fire in people that will spread faster than they know. As Emma Smart said in the courtroom on Wednesday, ‘I will not be a bystander.’ And neither should you.”