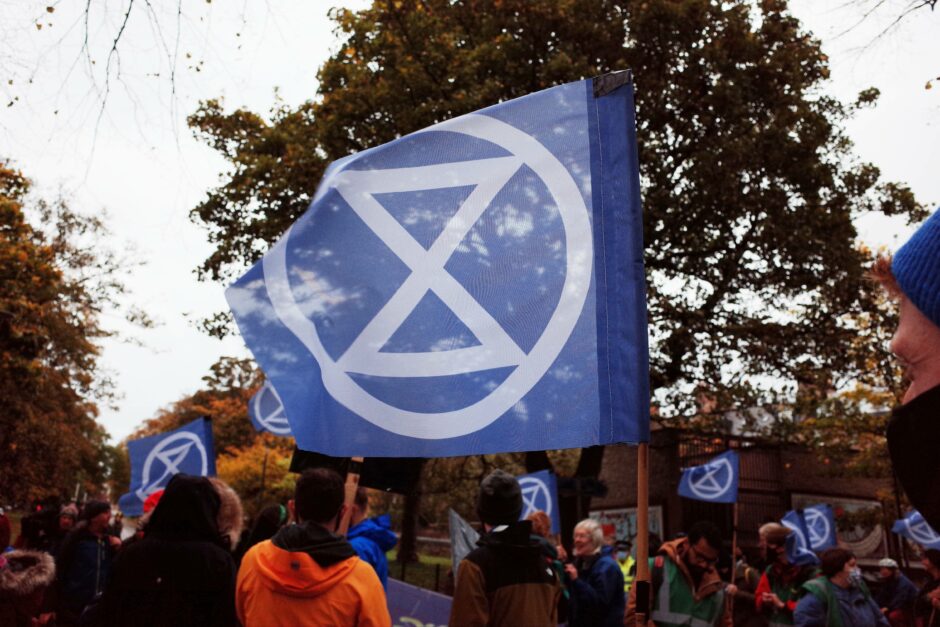 COP failure is a crime against humanity. The media must hold world leaders to account

Nothing on the table in the run up to COP26 has resembled a compassionate and functional response to the crisis. The Climate and Ecological Emergency is a Crime Against Humanity perpetrated by the rich and powerful, and the COP process is systematically corrupted by vested interests – national, corporate and financial.

Our actions at COP will charge the world’s most powerful governments with crimes against humanity. You can find out details about plans across the two weeks here.

The world is currently experiencing the effects of 1.2˚C increase in global heating, including extreme and often fatal flooding in China, Germany, Belgium, France, Luxembourg, the Netherlands and the UK, as well as the world’s first climate induced famine in Madagascar. [1] [2] The likely consequences of going above a 1.5˚C rise include whole areas of the planet becoming uninhabitable and an increased risk of simultaneous multi-breadbasket failures – in other words, unprecedented displacement of peoples and crop failures of staple foods on a global scale. [3] [4]

The IPCC’s ‘Code Red For Humanity’ report stated that all scenarios now take the world past 1.5˚C by 2040, possibly sooner. [5] The IPCC says that in order to avoid breaching 1.5˚C global emissions would need to fall by 45% by 2030. [6] UN analysis shows the Nationally Determined Commitments, or NDCs, submitted by the nations of the world ahead of COP26 amount to a 16% increase in emissions by 2030. [7] This is a catastrophic failure on the part of the UK government as the COP hosts, as well as other historically polluting and high polluting nations.

In this context COP26 is all but bound to fail, with those who have presided over the process guilty of crimes against humanity. Decades of denial, inaction, and exponential increases in carbon emissions have led us to this point. We have emitted more carbon since governments have been meeting to address the climate crisis than in the previous entirety of human history . [8]

Sumana, 27, International Coordinator-General of XR Affinity Network of Asia (XRANA), said: “Neocolonial governments, like we have in India now, take conferences such as COP as a washing machine in the global establishment media limelight to greenwash their anti-people, casteist and environmentally destructive policies.

“While they pay lip service to hypocritically portray fictitious sustainable development models to the world, the devastating costs of neocolonialism and its models of maldevelopment as violently imposed are borne by the ordinary people of India. Such as the Adivasis, who are displaced from their land, brave patriots who dare to speak truth to power are locked up in jails or murdered, peaceful protests by farmers are met brutally with water cannons.

“When our minerals and forests are being sold recklessly to corporates and their stooges of Euro-Amerikkkan Imperialism, our global south country representatives fly from all parts of the world to COP with tax payers money, sitting and chit-chatting in air conditioned rooms, leaving huge carbon footprints, only to deceitfully promise the world carbon neutrality and net zero emissions.”

In the lead up to the summit, the Prime Minister showed a delayed reaction in calling for urgent action at COP26, taking a holiday only weeks before. As he warned of the negotiations failing over the weekend,

The UK government issued 113 new 27-30 year licenses for oil and gas exploration in 2020, and have refused to rule out future licenses of this kind. [9] They gave the greenlight to a new coal mine in Cumbria in January this year, and they’ve scrapped and withdrawn remaining funds (over £1bn) from the flagship ‘Green Homes Grant’ home insulation programme, after promising to ‘build back better’ after the pandemic. [10] In the Chancellor’s budget on Wednesday, he slashed air passenger duty on flights by half, in a bid to increase domestic flying.

Jon Fuller from Extinction Rebellion, said: “For a quarter of a century these meetings have concluded with the media saying ‘progress has been made, campaigners say not enough.’ That cannot happen at COP26. The media have a duty to do their job. They must form an analysis of the situation, delving beyond presenting the views of different parties to the reality of what has been achieved and what the consequences are for ordinary people. If they fail to do so they continue to be guilty of the same crimes against humanity as the world leaders who have gathered at 25 previous COPs, claiming progress in spite of a complete failure to stop emissions rising.”

There are solutions to the crisis but the world has to admit this isn’t working before they have a chance of being taken up. As American writer and activist James Baldwin said: “Not everything that is faced can be changed; but nothing can be changed until it is faced.”

For interviews with XR UK spokespeople, quotes and comments from XR UK, contact Nuala or Alanna:

For XR Global Support, including interviews with members of XR groups around the world, contact Nicolás: