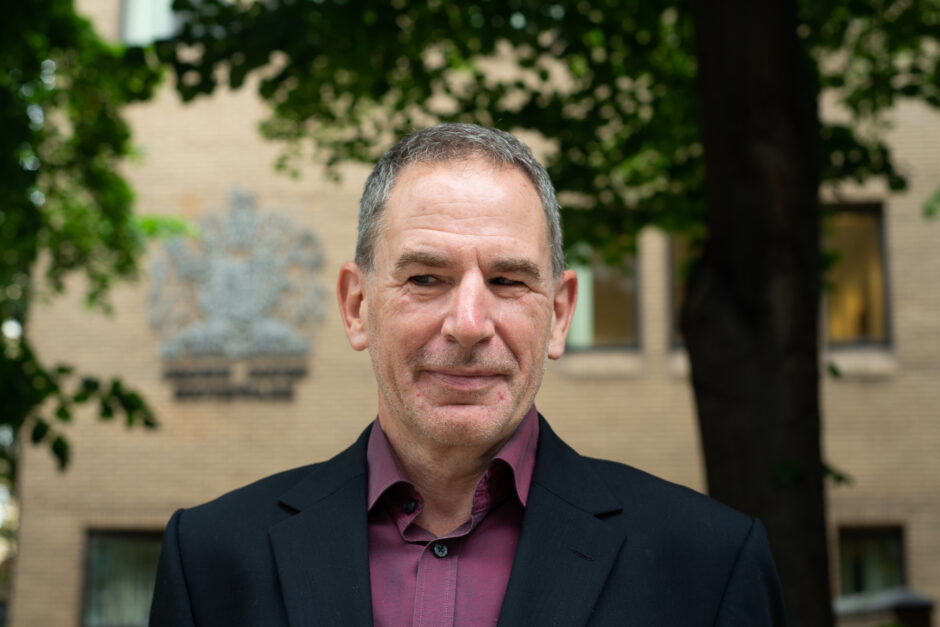 BREAKING: UK jails Paralympian for climate protest ahead of COP26

This morning, gold medal paralympic winner, James Brown, was sentenced to a 12 month prison sentence by a judge at Southwark Crown Court. James is registered blind and will serve at least 6 months. He was found guilty of public nuisance for climbing on top of a plane at London City Airport during Extinction Rebellion’s October 2019 Rebellion to raise the alarm about the climate and ecological emergency.

Raj Chada of Hodge, Jones and Allen Solicitors, who acts on behalf of Extinction Rebellion, said: “We are shocked that James has been sentenced to 12 months in prison. James, registered blind and a gold winning paralympian at 5 games should not be in prison for taking part in this protest. This is a dangerous judgment for our right to free speech, our right to protest and for those who campaign on environmental issues. We will be appealing this sentence”.

Alanna Byrne of Extinction Rebellion UK, said: “We are shocked and devastated by this news. James, a father to his daughter Alice, his inspiration for taking action, is a hero to all of us who continue to fight for meaningful, lifesaving action everyday.

“As the host nation for COP26 this criminalisation of peaceful protestors, when we are so clearly on course for civilisational collapse, makes clear the lack of commitment from our government to the international negotiations taking place in November. To put a partially blind man in jail while the Prime Minister quotes Kermit the Frog to the UN and recruits the Wombles as the COP mascots, shows what a mockery our leaders are making of this moment.

“We hope that James’ courage gives people cause to question the actions of a government that would rather lock up the messenger than hear the call for action.”

This is Extinction Rebellion’s first custodial sentence. James’s bravery shows the sacrifices many people who have taken action with Extinction Rebellion are willing to make as the climate and ecological emergency worsens around the world. It’s time to end the criminlisation of peaceful climate protestors, as called for by 400 scientists in April this year.

All of us in Extinction Rebellion send our love and courage to James and his family.