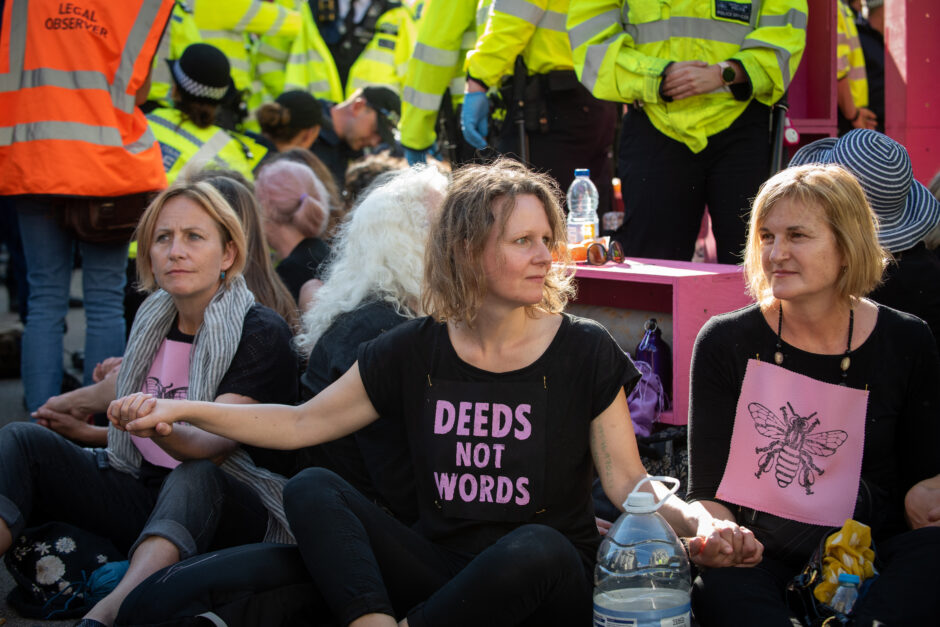 OPINION: This is about change, not popularity

A version of this article was originally published in the Independent. Nuala Gathercole Lam is a member of the Extinction Rebellion media team.

We’re told that in order to be successful, XR must offer people hope. Sorry, but what we all need is the full truth about the climate crisis

How can it be that Extinction Rebellion was named the number one influencer on climate and just a few months later rated the most disliked disruptive protest group globally? Perhaps it’s less bizarre than it sounds because social movements accelerate history, and that is more often than not an uncomfortable process for society.

History tells us that those driving social change will be roundly disliked by the majority of the public. Martin Luther King Jr. is universally revered now, but at the time of his death in the spring of 1968 – even after having been the face of some of the most successful civil rights campaigns in the US – 75 per cent of the American public disapproved of him.

We’re told that in order to be successful, XR needs to offer people hope – but truth is what’s missing, not hope. People need the full facts about the climate crisis, whether or not that’s a popular message. When people are confronted with hard truths that can split public opinion, so some are turned off and others are moved to act. It’s a totally different approach to the sort of positive psychology which is traditionally used by charities to secure monthly donations – and so far it’s working.

Just weeks after XR’s first major rebellion in April 2019, parliament declared a climate emergency and a month after that the UK became the first country to sign a net zero date into law, with six select committees commissioning a citizens’ assembly designed to understand public preferences on how we transition to a fossil fuel free economy. Though words are yet to be followed by actions.

Last week former LBC presenter Matt Stadlen told viewers of the Jeremy Vine show his life was made easier as a journalist when XR were on the streets – our disruption made the climate crisis “sexy” and without it it was almost impossible to give the issue air time on the talk radio station.

As of January 2021, the UK has the highest levels of public concern about the climate of all 50 countries polled by the UN, with 81 per cent of people saying the issue is a “global emergency”. Another study conducted by BT found that almost 50 per cent of adults in the UK feel powerless in the face of the climate crisis.

This creates a mandate for the government to act decisively on the climate crisis. And we know from the pandemic that when people are faced with an existential threat they are willing to pull together and make drastic changes in order to save lives. Yet the UK government is missing in action, failing to keep up with their own decarbonisation timeline and signing off licences on new oil fields and coal mines.

XR’s actions are designed to use disruptive civil disobedience to light a fire under the government by creating a non-violent political dilemma while there’s still time to mitigate the worst effects of the climate crisis. But we didn’t think this up, we’re drawing on a long history of rebellions in the UK.

One notable example is the mass trespass of Kinder Scout in April 1932 which was instrumental in securing the rights of urban working class people to access the countryside. And you can trace back the right to vote for just about everyone in the UK, perhaps with the exception of landowning men, to acts of civil disobedience by the Chartists and the Suffragettes. We’re rebellious people and it’s shaped the society we live in today.

At those key times in history we were faced with the choice between standing up or carrying on as normal. There is little question that humanity is facing another of those moments right now – the UN has said unequivocally that the situation has reached “code red”. So it’s time to rebel, not just because it’s the right thing to do, but because it works.