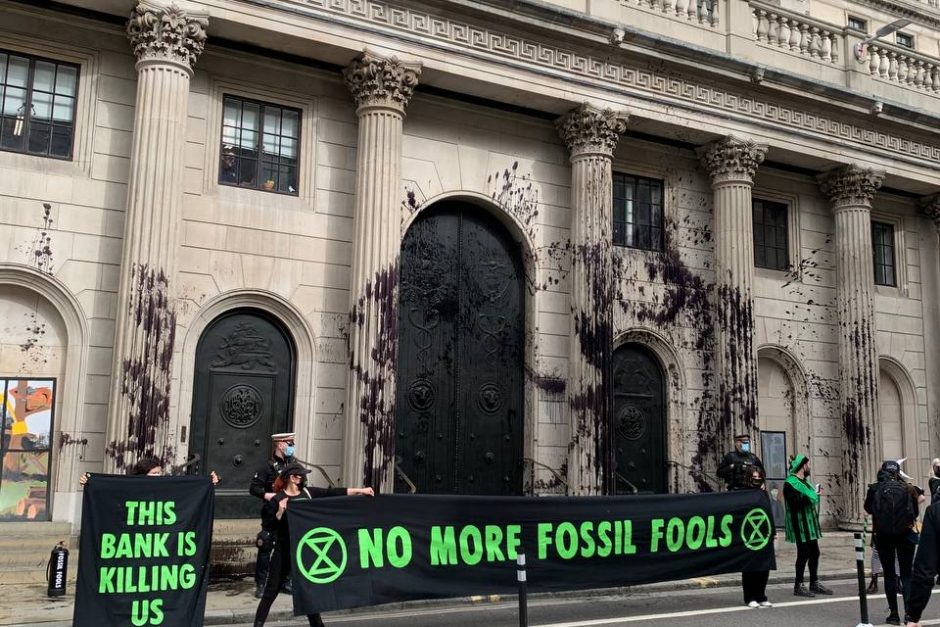 What has XR’s City of London Protests got to do with the Immediate Demand?

Not Radical At All

“The demand for no new fossil fuel investment is “the least radical thing that Extinction Rebellion has ever called for,” according to XR co-founder Clare Farrell speaking outside the Science Museum on Sunday. “Even the International Energy Agency is asking for this. They are hardly cutting edge.”

So why are we asking for it? The short answer is because right now the government is very far from implementing this demand. The longer answer is that it’s the most obvious thing for the government to right away. Before we begin to repair, we need to stop the harm.

It is true that in December 2020 Boris Johnson announced the UK will end direct government support for the fossil fuel sector overseas, but even in this modest commitment, there are major loopholes: such as the $1bn the UK has invested in a gas project in Mozambique.

Can the government’s slow progress have anything to do with the 400K donors gave to the Conservative Party in the past year and before the decision to give licences to explore the North Sea?

Not Just The Government

Will Farbrother from Money Rebellion pointed out: “It is not just the government that is at fault here. Banks continue to increase fossil fuel investments despite claiming to be ‘green’. The public doesn’t see or understand the role that individuals working in financial services play in the climate crisis. We must expose them, and make them decide if they stand for profit or planet.

“If the City was a country, it would be the world’s ninth biggest emitter of CO2, worse than Germany.

Extinction Rebellion is not only calling for the government to stop all fossil fuel investments but asking for it to sign up to the Fossil Fuel Non Proliferation Treaty which involves phasing out fossil fuels while investing in a plan to provide global access to renewable energy and support for the transition for countries in the Global South.

Not one of the top 10 funders in the City has made a serious plan to exit fossil fuels, despite having pledged to go Net Zero by 2050. Not one. It’s stuck in a cycle of addiction that needs breaking.

But it is also at the heart of systemic racism – the City of London was a driving force behind the transatlantic slave trade, and today hosts numerous institutions responsible for exploitation and extraction from the Global South.

Chris Harris, spokesperson for Extinction Rebellion Unify said: “It stands today that finance is the grease in the wheels of global exploitation, whether it be the trillions of dollars in resources drained from the Global South, or the billions of tonnes of carbon emissions produced in the name of profit by companies here in the City.”

The International Energy Agency that Clare Farrell referred to at the top of the article is an intergovernmental organisation that was set up in the 1970s to coordinate a response to interruptions in the energy supply. In May 2021, the usually conservative IEA said, “There is no need for investment in new fossil fuel supply in our net zero pathway.” Instead it argued for a rapid, “radical” shift towards renewables to reach net zero by 2050.

What is needed, they argue, is “a total transformation of the energy systems that underpin our economies” and recognises 2021 as a “critical year at the start of a critical decade for these efforts.”