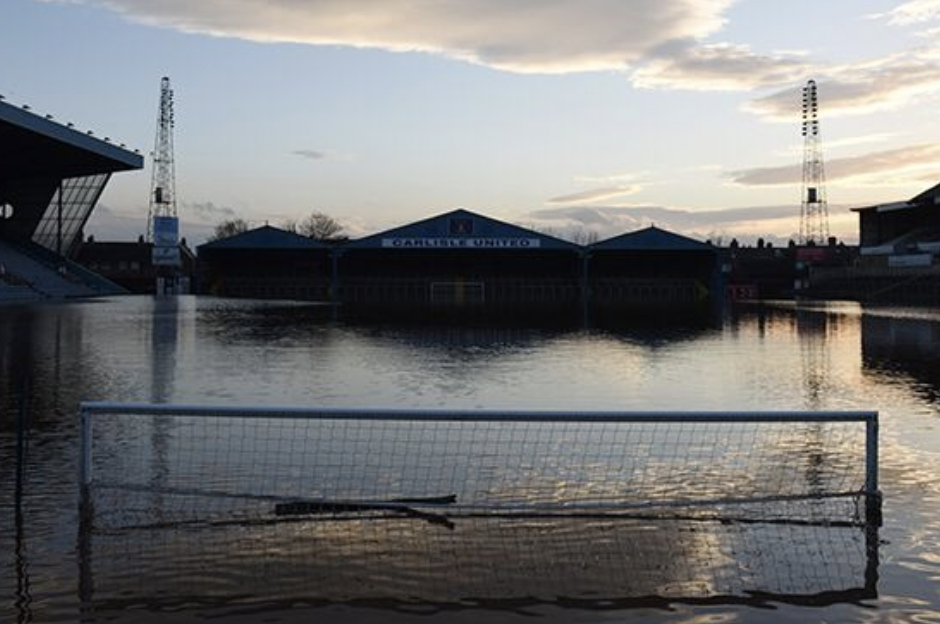 Commencing with a 2pm kick-off this Saturday at Fulham Football Club, football fans and environmental activists host ‘pop-up’ football matches on the streets of London to raise awareness of the relationship between football and the climate crisis. According to a report from the Rapid Transition Alliance, a quarter of English Football Stadiums ‘Unplayable’ by 2050 due to climate change. [1] This action is aimed at engaging football fans by highlighting the clubs, including Fulham FC, that will be partially or fully underwater by 2050 if action is not taken to reduce emissions. In June this year, the government’s own climate advisers, the Committee on Climate Change, said that the government is ignoring their advice and failing to protect people from the fast rising risks of the climate crisis. [2]

The game will not be so easy; the two teams will be donning their flippers and goggles to demonstrate the difficulty faced if the clubs are submerged and the impact the cancelled games will have across the league fixtures.  Fans will be encouraged to sign a Parliamentary petition demanding that the Government must protect football clubs from flooding and act now to radically cut carbon emissions.

Fulham Football fan, Peter Rodriguez, said: “This fun but hard hitting action draws attention to the relationship between our national sport and what scientists regard as the greatest threat humanity will ever face”. He continued “being part of the football community and caring about these bigger issues are not mutually exclusive. Marcus Rashford has shown that there is space for these important conversations in the game.”

“One quarter (twenty-three) of English football league stadiums are predicted to be temporarily or permanently unplayable by 2050 due to sea level rise and extreme weather events according to mainstream climate warming projections. Livelihoods and communities in close proximity to these clubs will also be affected. Grassroots football also faces significantly greater precarity than the professional game.

“This family-friendly action is part of an on-going Football Rebellion campaign that took to the streets last September and at the G7 to highlight the role of Barclays, official sponsor of the Premier League, in funding fossil fuel extraction and other carbon intense business and the inequality between G7 nations who have predominantly caused the climate crisis while the rest of the world bears the brunt of the impact.

“Recent flooding at Fulham FC stores as well as campaigning footballers Kai Havertz, Chelsea, and Morton Thorsby, Sampdoria, are helping highlight that our climate is already changing due to human activities.

Mike Bastow from Football Rebellion in Wales, added: “Fans hand their football clubs down the generations; when people realise there won’t be a club for their children to support, the impact of the climate crisis will begin to hit home”.

People on the Ground