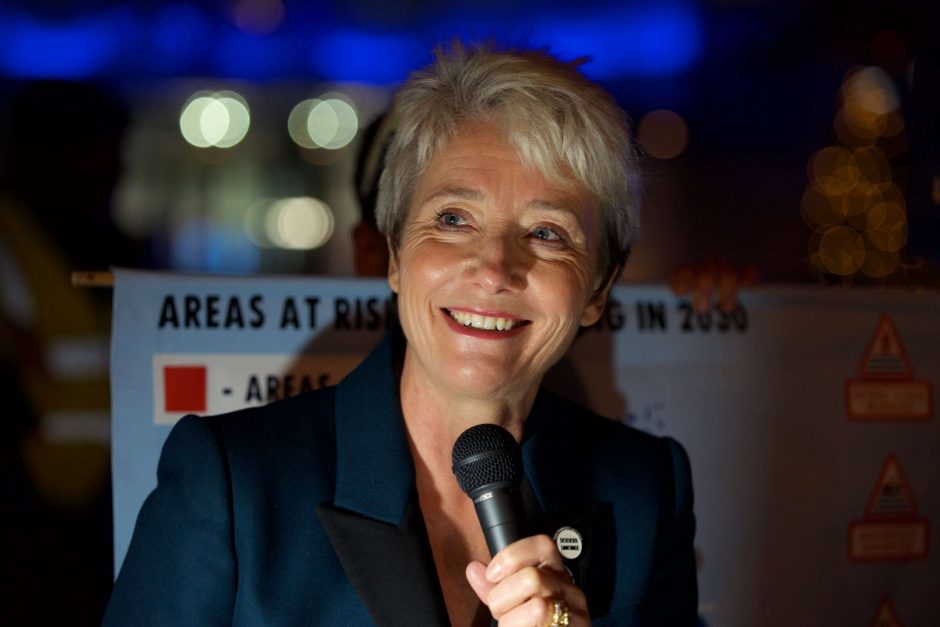 “If we’re not all in this together, we’re not going to win this battle”: Emma Thompson comes out in support of the Impossible Rebellion

After 3 successful days of the Impossible Rebellion, with spirits soaring high following a day of action at Oxford Circus where thousands of people were able to participate, we begin Day 4 on another high. Award winning actor, Emma Thompson has shown her backing for the Rebellion today in a video message, calling Extinction Rebellion “essential.”

In the video recorded earlier this week, Emma Thompson showed her support while addressing Extinction Rebellion’s key target, the City of London: “Having just found out that the City of London finances more CO2 emissions than the entire nation of Germany, it’s very difficult to know how to challenge that. And that’s exactly what Extinction Rebellion are doing, what you are doing, what they are doing. And that’s why this movement is so essential. And so courageous.

“I do want to emphasize the fact that the rebels in this movement aren’t dropout, anarchistic outsiders, they’re rebels, if you like, who have the greatest cause in human history, nothing less than the survival of the planet. And so I offer them my support and my respect, my deep respect. And I urge anyone who’s not part of the movement to help in whatever ways they can, because if we’re not all in this together, we’re not going to win this battle.”

The video comes after 3 days of Extinction Rebellion’s ‘Crisis Talks’, where the general public have been invited to ‘come to the table’ – literally! – to face and discuss the crisis together, and how we might move forward.

An Extinction Rebellion spokesperson commented on the action so far: “We’re really proud of the work everyone has done and the huge sacrifices they’re making to raise the alarm and demand urgent action on the greatest crisis of our time. The atmosphere on the streets of London where our occupations have been has raised spirits at a time when there is so much dismay about the climate and ecological emergency. When people come together in all of our courage, diversity and strength, it is possible to change the course of history. But we can’t stop now, we need more people to come down, join in and demand an immediate end to new fossil fuel investment.

“A big thank you to Emma Thompson for making this video for us too. It takes genuine courage to stick your neck out after so much horrible backlash from the mainstream media when she joined our protests in April 2019. Hope to see you on the streets with us again sometime, Emma!”

This invitation will be especially important this coming Bank Holiday weekend when Extinction Rebellion expects more people to join them on the streets.

The plans for the weekend are: