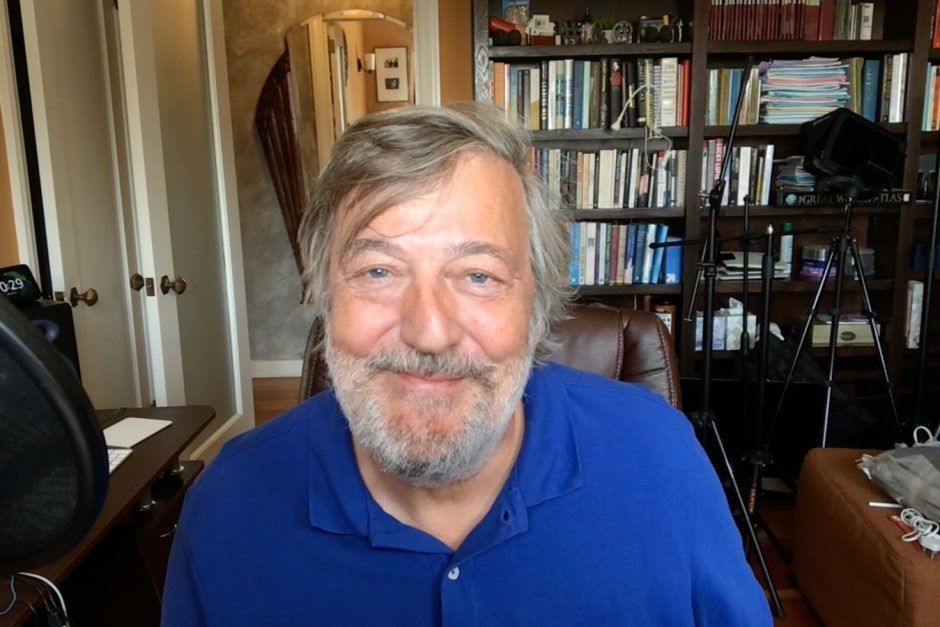 Extinction Rebellion shared the video of support on Twitter, which was then retweeted by Fry, well known as an early adopter of the platform. [1]

In the video which was recorded earlier this week, Fry says: “I know Extinction Rebellion, XR, are mucky and they make a fuss, they are loud, they’re disruptive, they sometimes throw paint and other such things, and they block traffic. But what else is going to make politicians really recalibrate, realign, revolutionise politics, so that it faces the horrors of climate change and all the damage we are doing to our planet?

“Extinction Rebellion seem to be the only people who are sensibly, even if angrily, even if energetically, trying to move society and the world towards this. It’s going to be a heck of a fight, but unless we get together it’s going to be a fight that we’ll lose.”

The group has seen a significant upsurge in interest from the public following extreme weather throughout the summer, including severe flooding in the capital, and the latest report from the IPCC which gave a ‘code red’ warning for humanity.

Thousands are expected to gather in Trafalgar Square at 10am on Monday, with new members making up 40% of those already committed to join the actions in London – several thousand of those having signed up to join in the last week alone. The crowdfunder for the upcoming ‘Impossible Rebellion’ smashed through the £300K mark this week, with over quarter of a million pounds raised over the last four weeks and £100K of that in just 24 hours on Thursday. [2]

Maddy Churchhouse, 26, a social worker from Gateshead who recently joined Extinction Rebellion, said: “I’ve known about Extinction Rebellion for a couple of years and have always been supportive of the cause but never actually got involved. This summer, seeing the flooding here in the UK and extreme weather around the world gave me bad climate anxiety.

“I’ve always dealt with my fears about the climate by just getting on with life and burying my head in the sand, but I realised I can’t keep doing that. Stepping up and taking action is a healthier response. So I googled my local XR group in the northeast and got in touch. Now I’m coming down to London and helping with public outreach during the Rebellion.”

Everyone is invited to come down and join in ‘Crisis Talks’ from 10am on Monday in Trafalgar Square.

“With levels of concern about the climate and ecological crisis at a record high, we are doing what the government should have done decades ago and inviting the public in to express their concerns, take meaningful action and talk about how we pull together to deal with this terrifying mess”, said Alfie Watson from Extinction Rebellion’s Crisis Talks Team. [3]

Training and welcome talks will be running at multiple Hubs as well as at occupation sites during the Rebellion. Information for the public on how to get involved will be on the Extinction Rebellion website, extinctionrebellion.uk.

To keep up with breaking news via our WhatsApp broadcast group for journalists, email your mobile number to press@extinctionrebellion.uk or call our press phone on +447756136396.